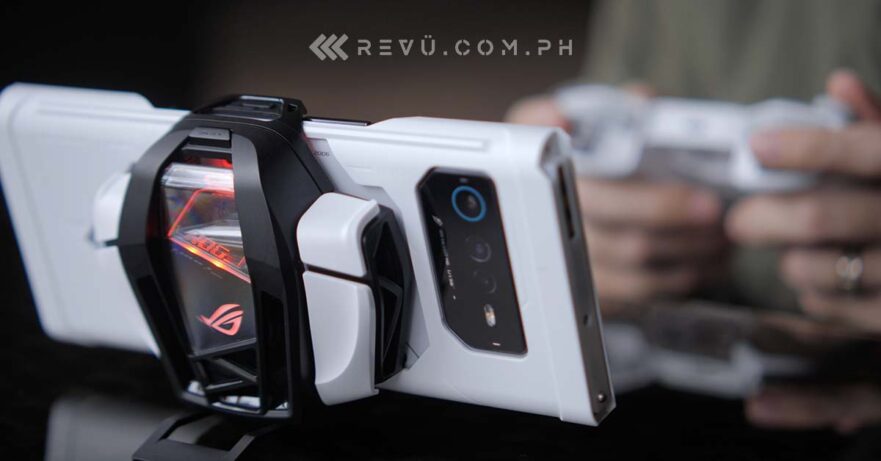 The most powerful gaming phone on the market will debut in the Philippines next week. ASUS has finally confirmed the official launch of the ROG Phone 6 series on July 23 during the ROG Conquest Festival at the SMX Convention Center.

The event will also be streamed live on the ROG Philippines Facebook page for those who can’t attend. Initially announced earlier this month, the ASUS ROG Phone 6 and ASUS ROG Phone 6 Pro made headlines as the world’s first gaming smartphones powered by the Qualcomm Snapdragon 8 Plus Gen 1 5G chipset.

The main difference between the two is that the top-end model sports the customizable ROG Vision secondary screen on the back, similar to last year’s release. The vanilla ROG Phone 6 features ASUS’ Aura RGB LED lighting system on its rear panel instead. Another notable distinction is the RAM configuration: The ROG Phone 6 Pro can be configured with up to 18GB of fast LPDDR5 RAM, whereas the standard variant maxes out at 16GB.

The ROG Phone 6 will be available in black and white colors, while the ROG Phone 6 Pro will be offered in a lone white colorway, as you can see in our photos. Also, take note that the Pro version coming here will be bundled with an AeroActive Cooler 6 snap-on cooling fan to keep the phone cool while gaming or performing demanding tasks.

In terms of optional accessories, there’s also the new Kunai 3 Gamepad and ROG Phone 6 Glass Screen Protector, which is compatible with ROG Phone 6 and ROG Phone 5 models, as well as the Devilcase Guardian Case for increased drop and bump protection.