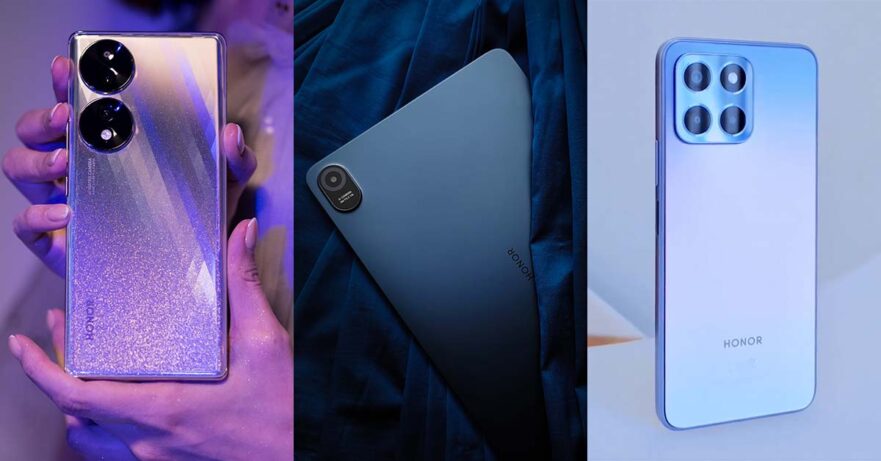 Exactly three weeks after HONOR Philippines made its official comeback with the launch of the Magic4 Pro, X7, X8, X9, Band 6, and Watch GS 3, the company is getting ready to launch another set of products on October 18.

(Update, October 19: The HONOR X6 has been launched as the cheapest HONOR phone in the Philippines thus far!)

(Update, October 18: The HONOR 70 is official in the Philippines. Here’s a sample of its most interesting vlogging feature, plus its price and preorder freebie!)

You’ll see three more — two of them just debuted globally at the IFA 2022 technology show, the HONOR 70 5G and HONOR Pad 8, and one will be its most affordable phone in the Philippines, the HONOR X6.

Thanks to the newly introduced Solo Cut mode with Person Autofocus Tracking technology, the device allows users to create portrait vlogs that spotlight a specific person in a group video. It also offers Dual Video Streaming for shooting two videos simultaneously — one featuring one subject and the other capturing the whole group. Below is a tweet posted last month that summarizes the smartphone’s specs.

The Pad 8 likewise has a lightweight aluminum body and a Qualcomm Snapdragon 680 chip and features Multi-Screen Collaboration for efficient smartphone-tablet operation on the same screen and Smart Multi-Window for displaying up to four windows on one screen. In Europe, it costs €249.99 (P14,385 or $244). You can check out its highlights below.

As for the HONOR X6, the entry-level handset packs a 50-megapixel triple camera on the back, a 5,000mAh battery with 10-watt charging that is said to last up to 17 hours of continuous video playback on a single charge, and 128GB for your storage needs.

The October 18 launch will be livestreamed here (take note that the video will be accessible when the event kicks off on that day, but do bookmark it now).