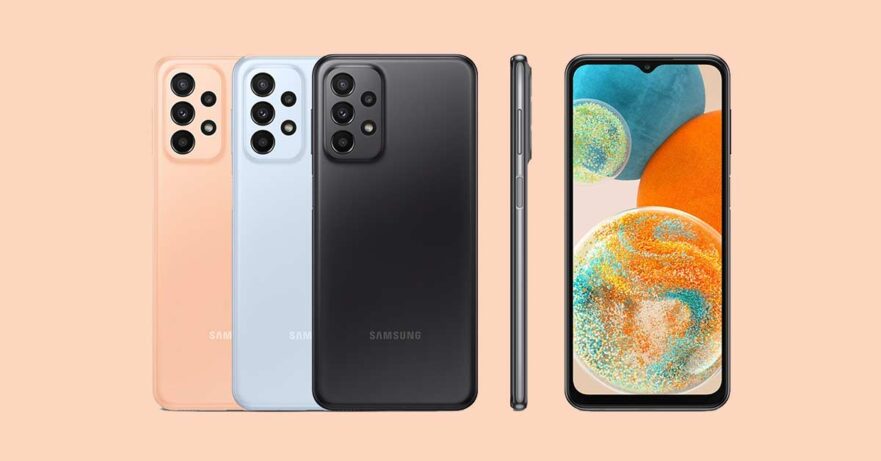 There’s another 5G phone from Samsung that’s about to go on sale in the Philippines soon.

We at Revü have discovered the online listings of the Samsung Galaxy A23 5G. While the one on the Samsung Shop doesn’t reveal the handset’s price yet, those on Shopee and Lazada do. According to the listings, the 5G version of the Galaxy A23 with 6GB of RAM and 128GB of storage will retail at P17,990 (roughly $317), while the 8GB/128GB model will sell for P18,990 ($334). There will be three color variants on offer: Awesome Black, Awesome Orange, and Awesome Light Blue.

Announced globally in August, the Samsung Galaxy A23 5G is powered by a Qualcomm Snapdragon 695 chip, which can also be found in devices such as the OPPO Reno8 Z and Realme 9 Pro. It also counts its 6.6-inch 120Hz screen, quad-rear-camera setup headlined by a 50-megapixel sensor with optical image stabilization, and big, 5,000mAh battery as three of its highlights.

Other features include an 8-megapixel selfie camera, a fingerprint reader mounted on the side, support for 25-watt fast charging, and a user interface based on Android 12.

Take note that the Korean manufacturer has another Galaxy A23 model, but that one can only access LTE. That one was priced at P13,990 ($246) at launch.