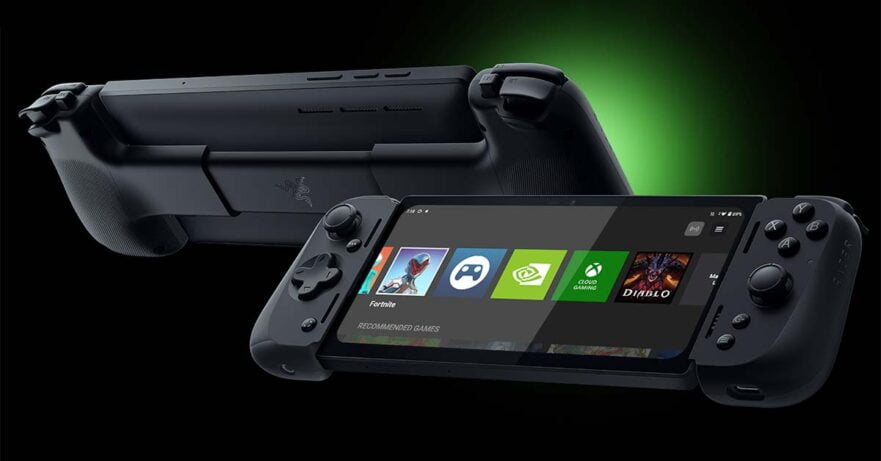 Razer has finally unveiled its highly anticipated cloud-focused 5G gaming handheld at the RazerCon 2022 event, alongside a bunch of new gear including gaming and streaming peripherals.

The Razer Edge was designed in partnership with Verizon and Qualcomm and could be another Steam Deck alternative like the recently announced Logitech G Cloud Gaming Handheld. Unlike the competition, though, the Edge is touted as the “world’s first 5G mobile gaming handheld,” allowing you to play your favorite games natively, powered by the device’s Qualcomm-based internals, on the cloud, or from your PC or console.

The Razer Edge starts at $399.99 (around P23,579 in Philippine pesos) for the Wi-Fi version and will be sold exclusively via Razer.com as well as Razer stores in the U.S. You can get the 5G version exclusively from Verizon, though the price of this particular model is still undisclosed.

In terms of the hardware, Razer’s new mobile handheld resembles a Nintendo Switch lookalike with an optional pair of modular detachable controllers that can slot into the sides of the main unit.

If you didn’t know any better, you might think it’s just a regular big-screen phone connected to Razer’s own Kishi controller. That shouldn’t be a surprise, as the Edge is essentially a Razer tablet that ships with a Kishi V2 Pro controller.

The Kishi V2 Pro connects by USB-C and offers a standard headphone jack along with advanced haptic feedback for a more immersive gaming experience. It also features physical controls similar to what you’d find on a modern gamepad.

There’s also the Razer Edge Founders Edition that’s priced at $499.99 (P29,484) and comes bundled with the controller plus the Razer Hammerhead True Wireless.

Specs-wise, you’re looking at a 6.8-inch AMOLED screen with a 1080p resolution and an impressive 144Hz refresh rate. The device runs Android 12 on a custom Snapdragon G3x Gen 1 chipset, which is built specifically for handheld consoles. As expected, the chip leverages Qualcomm’s connectivity features to offer Wi-Fi 6E for speedy, low-latency connection at home and a 5G mmWave modem for gaming on the go.