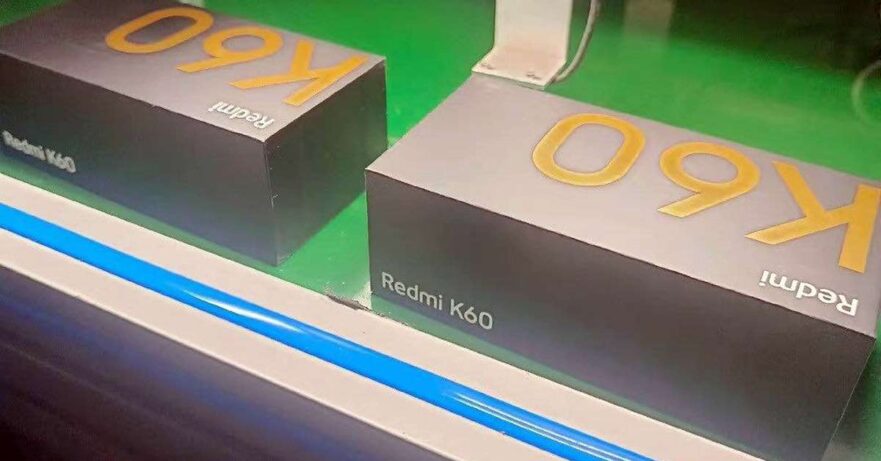 We’ve seen numerous reports about the upcoming Redmi K60 series, including one that allegedly shows the retail packaging of the base model, the Redmi K60.

(Update, December 28: The Redmi K60 series phones have been launched!)

This suggests the lineup is already being mass-produced, with the Xiaomi sub-brand getting the inventory ready for sale ahead of the Redmi K60 launch, which has been moved to January 2023, according to a report by MyDrivers.

The same report reveals the series will include three models — the vanilla Redmi K60, Redmi K60 Pro, and Redmi K60E at the bottom. It’s likely that Xiaomi will rebrand the series under different model names when it debuts internationally, and the Redmi K60 Pro will probably be rebadged as the POCO F5 in the Philippines and other markets outside of China.

Inside, the Redmi K60 Pro is supposedly powered by Qualcomm’s latest Snapdragon 8 Gen 2, while the Redmi K60 will get the previous-gen Snapdragon 8 Plus Gen 1, although some reports (which are based on the same source) have it the other way around, probably due to a language mix-up. It’s highly unlikely for any OEM to release a Pro variant with an older and slower processor than what the vanilla version in the same series has.

The Redmi K60 and Redmi K60 Pro will reportedly ship with MIUI 14 out of the box, whereas the Redmi K60E might boot an older Android version based on MIUI 13, contrary to an alleged Geekbench listing that showed the phone running Android 12-based MIUI on a Qualcomm Snapdragon 870 chipset. The K60E is said to feature a MediaTek Dimensity 8200 SoC as well, so we’re not sure which processor will actually show up in the final product.

Anyway, rumors also say the Redmi K60 and K60 Pro could have QHD+ displays with a 120Hz refresh rate. The standard variant has been tipped to get 67-watt wired charging and 30-watt wireless charging — a first for the Redmi K line — to go along with a 5,500mAh battery and 64- and 16-megapixel rear and front cameras, respectively.