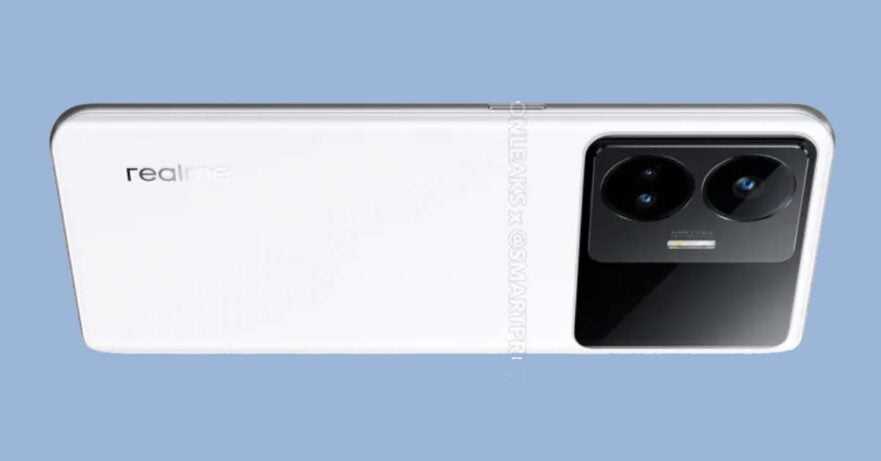 It’s confirmed: Realme‘s upcoming premium smartphone will dethrone the Redmi Note 12 Explorer Edition, which debuted last year in China, as the fastest-charging handset on the market. And it will achieve the said feat using a single USB-C interface — impressive given that level of charging power.

The company today confirmed that the upcoming Realme GT Neo 5 will be the first device to come equipped with a whopping 240-watt fast-charging solution. The phone will arrive in stores sometime in February.

The Realme GT Neo 5 will use a unique architecture featuring three 100-watt charge pumps working together via a parallel design, as well as multiple sensors for safety. According to the brand, the charging-conversion efficiency of this system can reach up to 98.5%. It will also ship with the industry’s first 12A charging cable to supply a total of 240 watts of power to the dual-cell battery, in addition to a 240-watt dual-GaN mini charger — another first in the mobile landscape.

You might recall that OPPO showed off its 240-watt charging tech on a concept phone last year. Ideally, it could fully top up a 4,500mAh battery in under 10 minutes, which is likely what we’ll see when the Realme GT Neo 5 debuts next month. For comparison, Xiaomi‘s Redmi Note 12 Explorer Edition can get a full charge in 9 minutes, while bringing the battery to 66% only takes 5 minutes.

In the Philippines, the “fastest-charging phone” title belongs to the Infinix ZERO ULTRA 5G, which supports 180-watt charging and can go from 0% to full in as fast as 12 minutes. It was priced at P21,999 (about $397) at launch.

The rest of the hardware is still under wraps, but a recent leak courtesy of China’s Ministry of Industry and Information Technology has revealed many juicy details, including the Realme GT Neo 5’s display specs and internals. The smartphone is tipped to sport a 6.7-inch OLED screen with a 1.5K display and a 144Hz refresh rate. It could also support 2,160Hz PWM high-frequency dimming to ensure a comfortable viewing experience. Your two color options could potentially be black and white.

More notably, the Realme GT Neo 5 will likely be powered by a Qualcomm Snapdragon 8 Plus Gen 1 5G chipset and a 5,000mAh battery coupled with 150-watt charging or a 4,600mAh cell. The latter supports the company’s super-fast 240-watt charging solution. The upcoming device is likewise expected to incorporate a new design with two camera cutouts, an LED strip, and a rectangular camera island culminating in a large black panel that covers almost one-third of its rear panel.