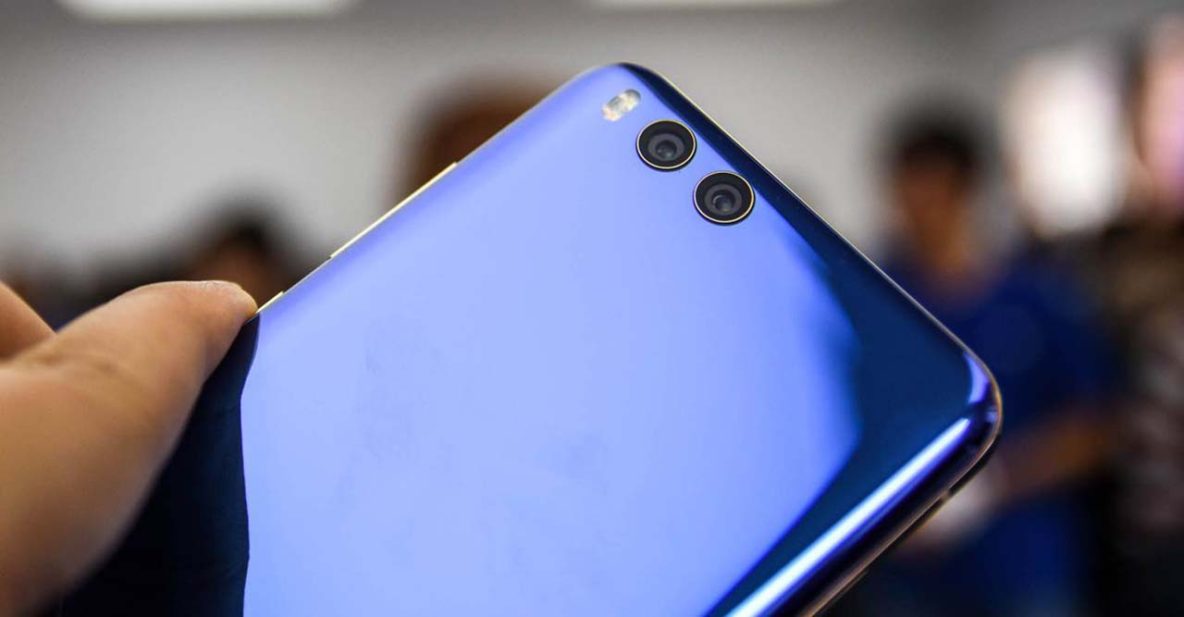 IF you look at the quarterly rankings of smartphone vendors from the first quarter of 2016 to the second three months of this year, you’ll get bored because you’ll be looking at the same companies again and again. Not the second quarter of 2017.

After more than a year, Xiaomi was finally back in the big league at the expense of Vivo, according to market-research firm IDC. The Beijing-based company took the fifth spot as it shipped 21.2 million units, up from 13.3 million devices in the same period last year.

Its growth was mainly attributed to its aggressive strategies in India, the world’s fastest-growing smartphone market. There, Xiaomi focused on expanding its offline presence. It opened the first Mi Home store in the country, partnered with key Indian retailers, and doubled the number of its service centers in the past six months.

Meanwhile, the first four spots were still occupied by the same manufacturers. Samsung was once again No. 1, shipping an impressive 79.8 million units, which represented 23.3 percent of the smartphone market. Its success was not only because of the strong public reception to the Galaxy S8 and S8+ flagship devices, but to the Samsung Galaxy A and J series as well.

Apple remained No. 2 globally with a 12-percent market share or 41 million shipments. The Cupertino-based company was still strong in the high-end segment as the iPhone 7 Plus outperformed the iPhone 6s Plus from a year ago.

READ ALSO: And the 10 new best-performing smartphones in the world are…

Huawei kept its third standing with 38.5 million worldwide shipments, up from 32.2 million smartphones in the second quarter of 2016. Its premium and midrange models — devices such as the Huawei P10 and Mate 9 and the affordable Honor handsets — did well in China and in many developed European markets.

OPPO landed on the same spot — the fourth place — with 27.8 million units shipped as it continued to strengthen its offline activities. Just two examples: It opened more exclusive retail outlets and increased the number of its service centers in India.

Check out the table we obtained from IDC. 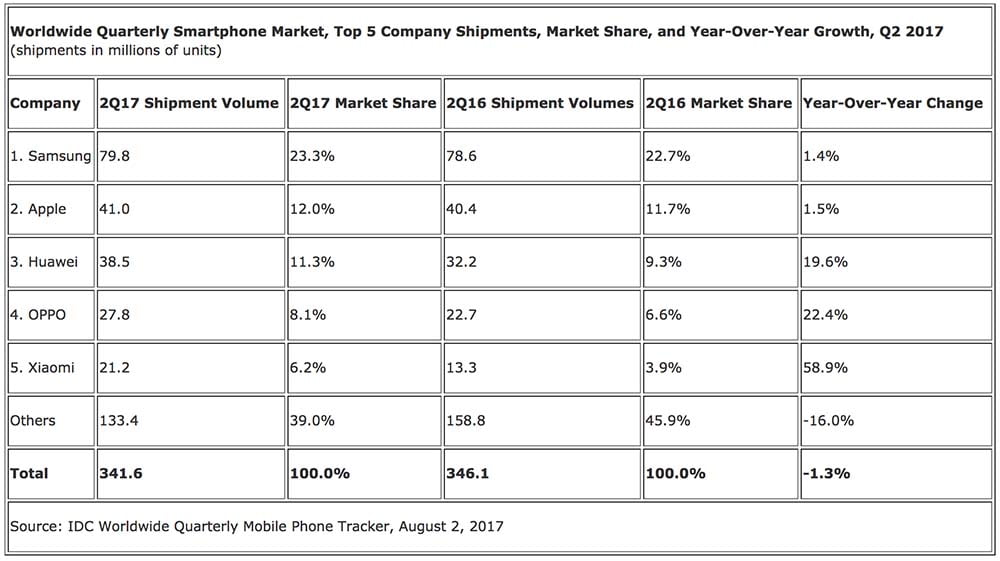 These were the top 5 smartphone makers in the second quarter of 2017, according to IDC.

Will Xiaomi remain on the list in the third quarter of this year, or will it be pushed out yet again, considering that its lead over Vivo last quarter was just minimal? Guess we’ll have to wait for three more months before we find out.