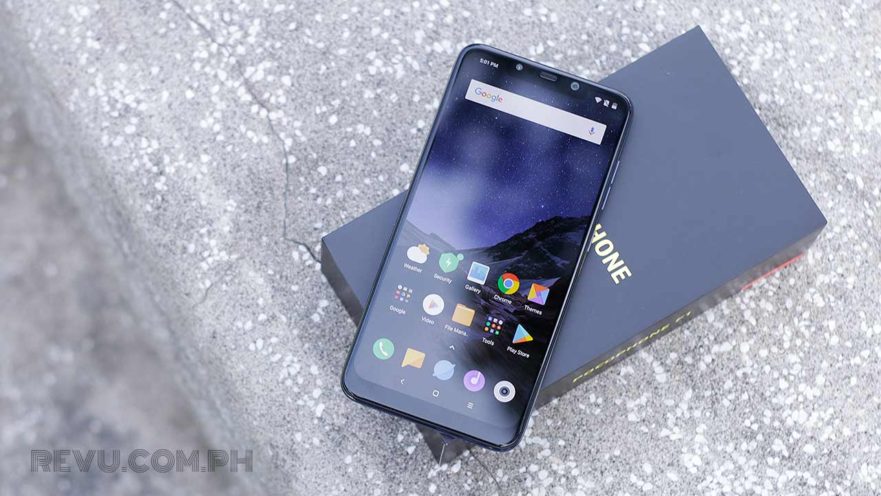 The Xiaomi Pocophone F1 was one of the company’s most exciting and well-received devices released this year that we’ve included it as a nominee at the Revü Awards 2018. Notably, it made headlines as the cheapest Snapdragon 845-based phone in the market, with the Pocophone F1 starting at P17,990 (roughly $341) in the Philippines.

That said, its sequel, the rumored Xiaomi Pocophone F2 or Poco F2, has some big shoes to fill in following up the commercial and critical success of the original.

But if you’re hoping for a 2019 flagship killer powered by a Qualcomm Snapdragon 855 — the fastest Snapdragon processor you can get your hands on today — you might be disappointed. A phone listed as the “Xiaomi Poco F2” has appeared on the Geekbench website, and according to the benchmark site, the Pocophone F2 packs exactly the same Snapdragon 845 chipset as its predecessor. With 6GB RAM onboard, it also gets as much base memory.

This suggests that next year’s Pocophone flagship might focus on the aesthetics and camera department. It could even sport a hole-punch display similar to the Huawei Nova 4, Samsung Galaxy A8s, and Honor View 20. We don’t know what it would look like at this point and how many cameras it will actually have.

If true, then as expected, the phone runs MIUI 10 based on Android 9.0 Pie. Xiaomi has started pushing out the beta update based on Pie to owners of the Pocophone F1, so anything less would be a letdown. The scores are good, though: 2,321 points in the single-core test and 7,564 in the multicore test.

The Pocophone F1 launched with a 6.18-inch LCD screen, bearing a 2,246 x 1080 resolution and an 18.7:9 aspect ratio. It also arrived with 12- and 5-megapixel rear-facing cameras and a 20-megapixel shooter for selfies, along with a 4,000mAh battery. Our review of the phone was positive overall, and we thought that Xiaomi delivered the most capable smartphone it could at the lowest possible cost at the time of its announcement.

There’s no launch date yet for the Pocophone F2, but it might launch in early 2019.