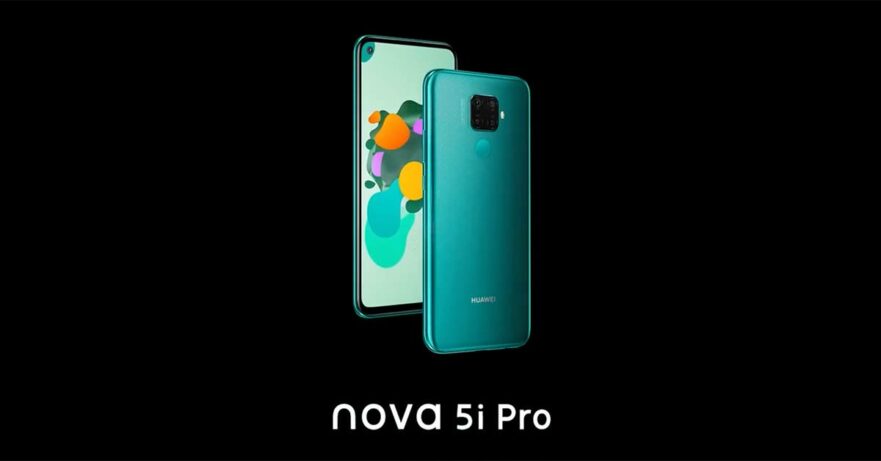 A launch date for Huawei’s upcoming smartphone with a quad-lens rear camera and a hole-punch screen has been set.

(Update, July 26: The smartphone has been launched alongside the Huawei Mate 20 X 5G! See Launched: Huawei Nova 5i Pro with 5 cameras, Kirin 810.)

The new Huawei Nova 5i Pro, which might be sold as the Huawei Mate 30 Lite in some markets, will debut July 26 in its native China. Even better, the handset will be offered for presale the same day it launches.

The Chinese technology company has also shared a product video showing the design and chipset of the Nova 5i Pro, thus confirming the live images leaked earlier were indeed the real thing.

In addition to four cameras around the back, the phone will get a glossy, textured panel similar to that of the Huawei Mate 20 range and a fingerprint sensor.

The front of the Huawei Nova 5i Pro has a cutout placed on the upper left of the screen for the 32-megapixel selfie camera, while the rear-facing matrix camera setup gets a 48-megapixel sensor and dedicated cameras for wide-angle, portrait, and macro pictures. There are five cameras on this device.

Behind the panel, there’s a 3,900mAh battery with fast charging and a Kirin 810 processor, which is said to be more capable than the Qualcomm Snapdragon 730 inside the Xiaomi Mi 9T and Samsung Galaxy A80. The processor will be paired with up to 8GB RAM and 256GB of expandable storage. By contrast, the regular Nova 5i uses a less powerful Kirin 710F.