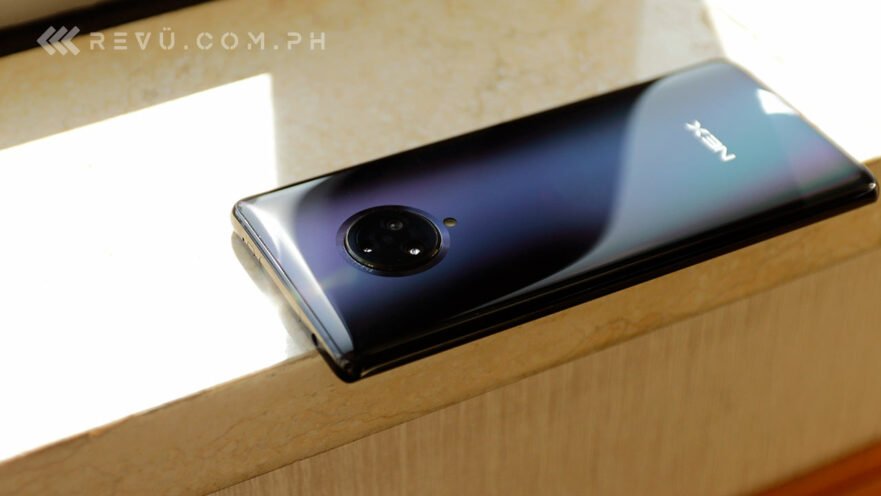 Earlier this year, Vivo showed off the APEX 2019 concept smartphone, which is one of the first devices to debut without any ports or buttons. Since its introduction, Vivo has worked hard to build upon the idea of a seamless smartphone and what a commercial release might look like.

The Vivo NEX 3, which has just been launched at a press event we attended in Shanghai, China, is the product of the company turning a concept phone into a mass-production device that brings some exciting features to the table without being too radical or progressive. It manages to feel both innovative and familiar at the same time, and it’s easily the most impressive product Vivo has created for consumers so far.

SEE ALSO: Vivo APEX 2019 hands-on: All about the future

The massive curved OLED screen alone will be enough to appeal to mobile gamers and cinephiles who want a fully immersive experience that isn’t interrupted by a notch or a camera cutout at any point. And the cameras — three on the back and one in front, a pop-up shooter for selfies — allow for the flexibility to shoot different scenes and lighting conditions.

Vivo says it will make the NEX 3, which has 4G and 5G versions, available in the “coming months” in Asian markets. We’re not sure if this means it will also launch in the Philippines, where Vivo has a strong retail presence. There’s a chance it will, we’re told. Cross those fingers.

(The event has not ended as we type this, so we’re adding the prices as soon as they are announced. – AG.)

Here are the prices of the different variants in China:

The NEX 3 features a metal frame sandwiched by glass on the front and back. The curved POLED screen is huge on this one — 6.89 inches on a diagonal — and it’s the biggest and most impressive display on a Vivo handset we’ve ever seen.

Vivo calls this a “waterfall” display because of the way the panel spills toward the edges to meet the frame. It looks good with a screen-to-body ratio of 99.6%, and it feels great in the hand, even allowing one-handed typing in portrait orientation despite the screen size. The resolution is 2,256 x 1,080, while the aspect ratio is extra-wide at 20:9. It also supports HDR10 and P3 wide color gamut for more realistic colors.

Another interesting feature is that the Vivo NEX 3 lacks physical buttons on the side; instead, you’ll find capacitive sensors with haptic feedback and a small top-mounted power key beside the pop-up selfie camera for conveniently locking the device in landscape mode.

Other hardware features include a headphone jack; a downward-firing mono speaker; and a 4,500mAh battery with 44-watt fast charging over a USB-C port.

Powering the phone is Qualcomm’s flagship Snapdragon 855 Plus backed by 8GB or 12GB RAM and 256GB storage for the NEX 3 5G model. If you’re not familiar, the Snapdragon 855 Plus is the same chip inside gaming-focused handsets like the ASUS ROG Phone 2 and Black Shark 2 Pro.

On the imaging front, the triple-camera setup on the Vivo NEX 3 is no slouch either, with a 64-megapixel sensor at the helm. The main camera is paired with 13-megapixel ultra-wide and telephoto cameras. The latter can take close-up shots as well in Super Macro mode. The pop-up camera for selfies is 16 megapixels.