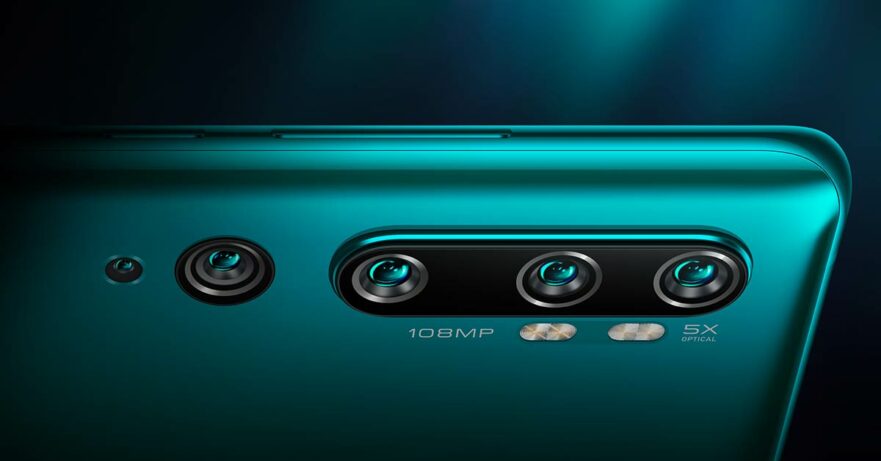 Is the newly teased Xiaomi Mi Note 10 the global variant of the yet-to-be-released Mi CC9 Pro? All signs point to yes.

The company hasn’t outright acknowledged it yet, but its official Facebook page is teasing the Mi Note 10 as a smartphone that has the “world’s first 108MP penta camera,” which is a central feature of the Xiaomi Mi CC9 Pro.

The name change could mean that it wants the CC9 branding to be exclusive to China. It has done this in the past with the Xiaomi Mi A3 serving as the international, Android One version of the Mi CC9e. Which means whatever features the manufacturer has just revealed about the upcoming Mi CC9 Pro could be what we’d expect from the Xiaomi Mi Note 10.

The star is the 108-megapixel sensor on the penta-rear camera setup. But the phone offers much more than that, including a telephoto lens with optical zoom capabilities, a dedicated macro lens, and more.

From the rightmost part of the feature image above, we have a telephoto lens, which can handle 5x optical zoom, 10x hybrid zoom, and 50x digital zoom. The one next to it is a dedicated 12-megapixel depth sensor that you can use for portraits. The third is the 108-megapixel primary sensor with an f/1.7 aperture. The fourth is a 20-megapixel ultra-wide-angle camera, while the fifth is a dedicated macro sensor that can get you as close to 1.5cm to a subject.

The teaser image below gives us a glimpse of the display with a curved edge. Xiaomi hasn’t fully shown off the front of the device, but we think the phone will have a waterdrop notch to house the camera, if past designs are any indication.

The listing also mentions that the Xiaomi Mi CC9 Pro (Mi Note 10) will have a 6.47-inch FHD+ OLED screen with an in-display fingerprint sensor. It won’t offer expandable storage, but it has sizeable options from 64GB and 128GB to 256GB. When it comes to RAM, there are 6GB, 8GB, and 12GB to choose from.

It is also revealed that the octa-core processor powering the device has a maximum clock speed of 2.2GHz, which lines up with rumors that the Mi CC9 Pro (Mi Note 10) runs on a Qualcomm Snapdragon 730G chipset.

Other notable mentions on TENAA include a 32-megapixel front camera, USB-C port for fast charging, and a 3.5mm headphone jack.

On Weibo, the unit is being teased to come in shades of green and gradient white, but we will know the color options for sure during the event.

Besides the new phone, Xiaomi also teased on Weibo the arrival of the Mi Watch. It isn’t the company’s first entry into wearables, but it will be its first true smartwatch. And the company’s shows us what it looks like. The wearable bears a resemblance to the Apple Watch with its rounded edges and the crown button. But it has a different-looking strap. We still expect Xiaomi to unveil other strap options.

The Xiaomi Mi Watch will support Wi-Fi, GPS, and NFC and will come with a linear motor and a speaker. It will also support an eSIM, so we can expect it to be able to make phone calls if needed. It’ll run on an unidentified Qualcomm SoC. Rumor has it tthe chip in question is a Snapdragon Wear 3100, but we can’t say for sure.

The Xiaomi Mi CC9 Pro (Mi Note 10) and Mi Watch are both going to be unveiled in China on November 5 at 2 p.m. Philippine time.