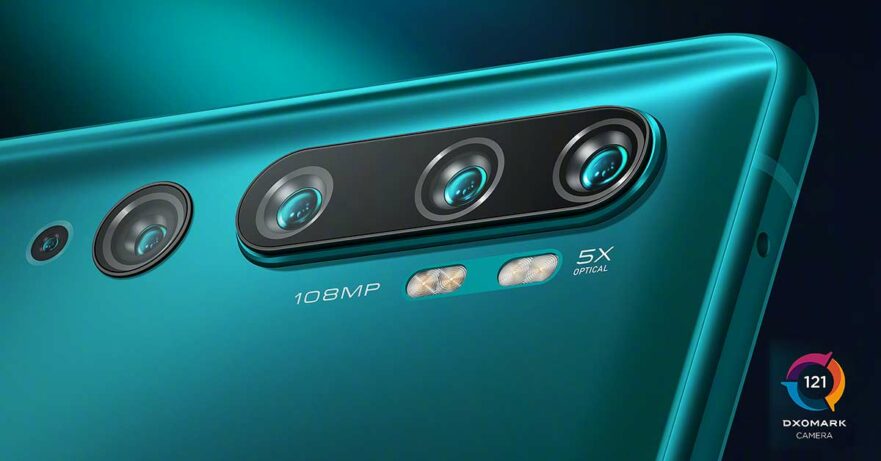 Class-leading camera performance isn’t Xiaomi’s strong suit — until today, that is. The Xiaomi Mi CC9 Pro — specifically the Premium Edition — ties with the Huawei Mate 30 Pro for the highest overall camera score of 121, according to DxOMark’s testing.

When it comes to photos, the Mi CC9 Pro scored two points lower than the Mate 30 Pro at 130 versus 132. But it still manages to beat out other devices like the Galaxy Note 10 Plus.

The just-launched handset leads in the zoom sub-category with a score of 109, thanks to the two different focal-length telephoto cameras. And when it comes to videos, it surpasses all smartphones with the highest score ever recorded on the image-quality ratings site. With a score of 102, it outscores even the Google Pixel 4 and Samsung Galaxy Note 10 Plus 5G.

Xiaomi has its penta-lens camera setup to thank for the high scores. The Mi CC9 Pro Premium Edition specifically has an f/1.7 8P lens, which the company claims is a world first.

The rear camera setup consists of the following:

Assisting the five cameras is a dual-LED flash unit. The selfie camera, on the other hand, is a 32-megapixel shooter with an f/2.0 aperture. It’s optimized for vlogging and is placed in the waterdrop notch at the top of the phone’s screen.

The Xiaomi Mi CC9 Pro will be available in Magic Green, Ice Aurora, and Phantom Black color variants. The smartphone goes on pre-sale today in China, and on November 11, it will be available for purchase in its home country.

As for the Xiaomi Mi CC9 Pro’s other features…

The rest of the information on the Xiaomi Mi CC9 Pro doesn’t stray far from the leaks. It will still be called Xiaomi Mi Note 10 internationally, and it will be launching in Spain tomorrow, November 6. The company is keeping the CC9 branding exclusive to China.

READ ALSO: Xiaomi No. 7 on list of 50 firms with greatest growth potential and And the top smartphone brands in Q3 2019 are…

Xiaomi also introduces a Breathing Light display feature, which has the sides of the device blinking when you get a notification.

The device comes with a hefty 5,260mAh battery, which on-the-go power users will appreciate. And thanks to a USB-C port, this handset gets 30-watt fast charging, too, which can completely charge the phone in 65 minutes. Xiaomi claims its charging tech has been thoroughly optimized, which means it’s faster than the 40-watt high-speed chargers of its competition.

And for those who still live and die by their wired headphones or earbuds, take note that the Mi CC9 Pro keeps its 3.5mm audio jack. If you want to blast out music, it has a 1CC large loudspeaker, which is designed to produce up to 2x loud sound output. It also still has an IR blaster.