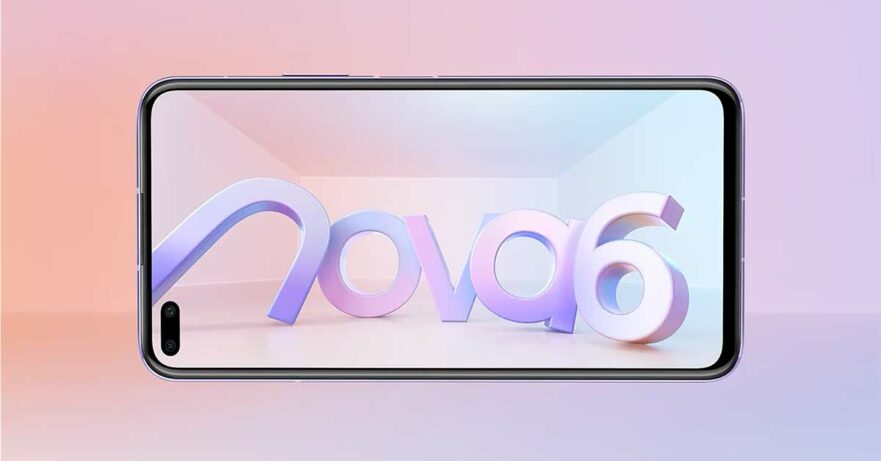 Huawei is indeed working on the Nova 6 5G, and today we learn it can take 105-degree super-wide-angle selfies. The company has posted a teaser video on its official Weibo account to confirm the imminent arrival of the phone.

This is the GIF version. The Huawei Nova 6 5G teaser video can be found here

The video shows the front of the device and its dual-camera punch-hole screen. Unlike the Samsung Galaxy S10 Plus with its cameras on the top right, the ones on the Huawei Nova 6 5G are placed on the top-left side of the display.

The rumored 6.44-inch 1080p screen still has some bezel around it as well as a bit of a chin at the bottom. From the video, you can see the smartphone’s volume rocker and an indentation possibly for a side-mounted fingerprint scanner or power button.

The two cameras in front are said to be a 32-megapixel and 12-megapixel combo. And now we know one is for taking wide-angle selfies.

Meanwhile, the rear shooters on the Huawei Nova 6 5G will reportedly include a new Sony 60-megapixel IMX686 sensor, a 16-megapixel ultra-wide lens, as well as 2-megapixel macro and 2-megapixel depth sensors.

According to leaks released earlier this month, the device will come equipped with a 90Hz LCD display. It will supposedly run on a Kirin 990 processor as well as feature a 4,000mAh battery that supports 40-watt SuperCharge technology.

The company hasn’t revealed when the Huawei Nova 6 5G will be launched, but the possibility of it being unveiled alongside the MatePad Pro tablet on November 25 is likely.

Honor is set to launch the V30 on November 26. And this handset looks to be the doppelganger of the Nova 6 5G. Perhaps we’re going to see this new Huawei phone sooner than later.