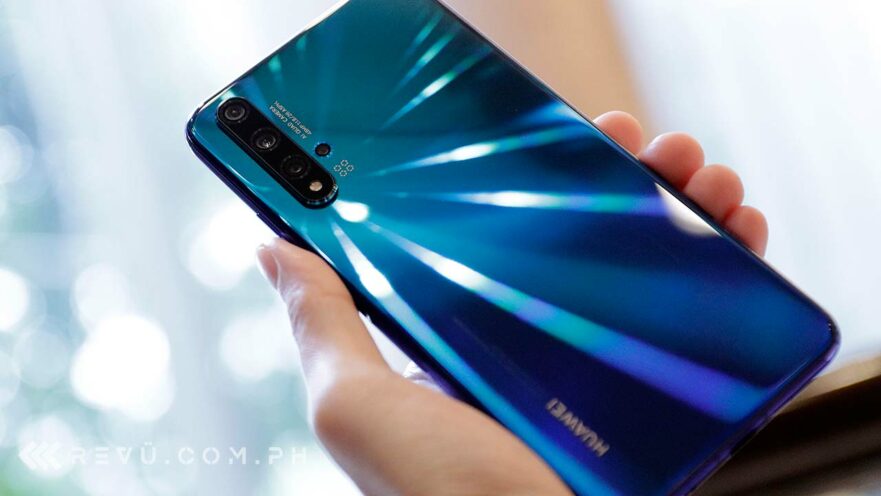 Our Huawei Nova 5T got updated to Android 10-based EMUI 10 as early as October 2019. But that was the beta.

This year, Huawei Philippines has announced that the stable version of the software is finally rolling out to local Nova 5T units.

If you haven’t received any over-the-air update yet, go to Settings > System and updates > Software update. If you find nothing there, we suggest that you open Huawei’s HiCare app then go to Services > Quick services > More > Update.

Still no new version yet? Don’t worry. It could be that the EMUI 10 rollout is staggered, so your Huawei Nova 5T should be upgraded soon.

What should you expect from this version of EMUI? A lot, from a system-wide Dark mode and revamped first-party apps, including a more intuitive camera app, to accelerated switch — meaning contacts, pictures, videos, and other data can be transferred to a new phone easily without wasting mobile data.

Expect an improved visual core as well. Think Morandi palette or understated gray tones, a magazine-like layout, and nature-based animation. Of course, you should get better performance all around, too. You can read more about EMUI 10 here.

Let’s just say that your Huawei phone — the Nova 5T, in this case — will be a much-improved device. And to think that we’re already impressed with it because of the value it gives for the price (which is P17,990 or around $354), so much so that we picked it as one of our top smartphones last year.