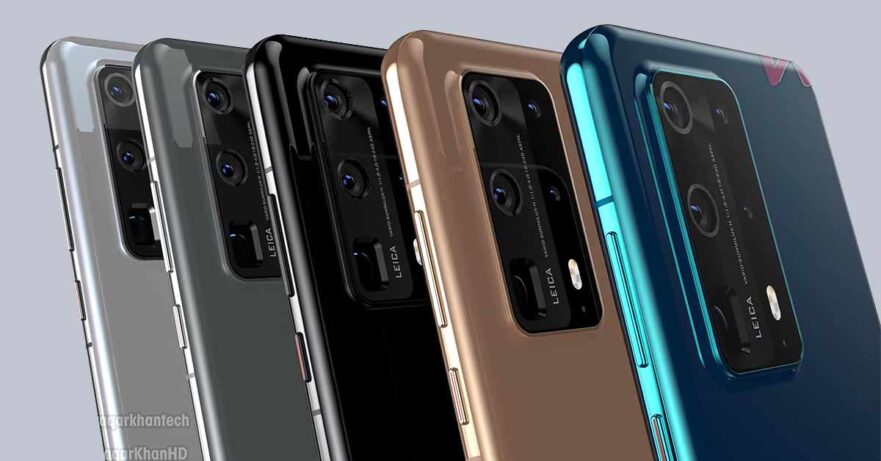 As you may know, Huawei is gearing up for the global launch of the P40 series sometime in March at an event in Paris. Three new phones are expected to debut, and we already have an idea of what they could look like, thanks to leaked renders and live images of one of the phones in public.

SEE ALSO: Huawei P40 series: Everything we know so far

The video shows the high-end variant of Huawei’s flagship range from all angles, alongside five different color designs for the Premium Edition. Reputable sources have claimed that the P40 will arrive in Black, Blush Gold, Deep Sea Blue, Silver Frost, and Ice White colors.

Importantly, Huawei is expected to offer the Pro versions in a ceramic body, making them nearly scratch-proof. The video also suggests the smartphone will be built with some degree of water resistance, just like previous iterations of the P series handsets. Last year’s Huawei P30 Pro arrived with an IP68 rating, which means it can survive being submerged under two meters of water for 30 minutes.

The Huawei P40 Pro Premium Edition is also shown to have an all-screen front with four curved edges and dual selfie cameras. The front-facers will be housed in a pill-shaped hole in the display, with the extra camera heavily speculated to include an ultra-wide-angle lens for group pictures.

On the back, the renders reveal a five-camera setup in a rectangular layout. This is said to include a periscope-style telephoto lens with 240mm focal length that is capable of 10x optical zoom, making it an industry first. Other smartphone cameras only give you up to 5x optical zoom.