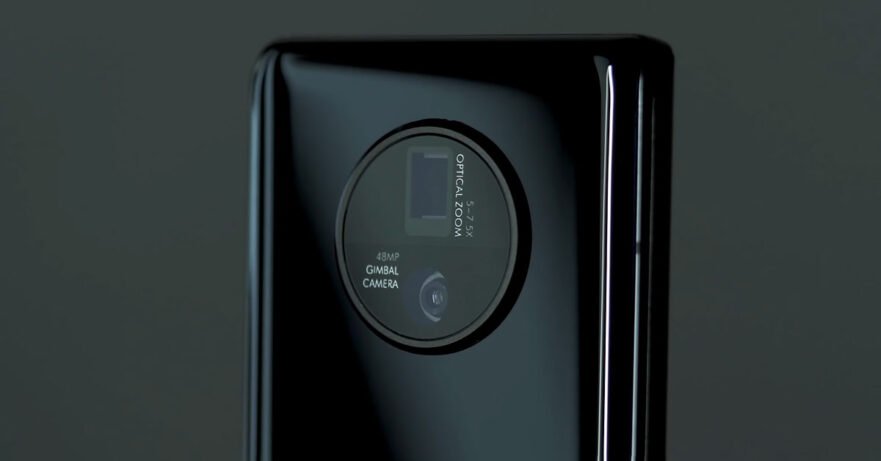 The Vivo APEX 2020 was supposed to have been announced at Mobile World Congress 2020 in Barcelona, Spain. But due to concerns over the spread of the coronavirus, the Chinese OEM decided to drop the entirety of its MWC attendance, opting instead to host a livestream to show off its new prototype.

Not that it matters for a device that won’t hit the shelves, but Vivo’s APEX 2020 event is now in the books amid the setbacks, and the concept phone is finally “here” — at least in pictures and video. As you’d expect, the latest APEX boasts a bunch of jaw-dropping features that may or may not make their way to a commercial Vivo handset in the future.

Three highlights stand out from all that the phone has to potentially offer.

The Vivo NEX 3 flagship, which we first saw in China (where it made its global debut) and subsequently launched in the Philippines, features a big and tall screen that goes from edge to edge and tapers off at a near 90-degree angle.

The Vivo APEX 2020 takes things even further, offering a 120-degree curvature on both sides. Looking at the phone from the side, it almost seems like the frame that holds the front and back panels together is virtually non-existent. According to one of the fastest-growing smartphone brands, the display measures 6.45 inches diagonally and has a 1080p resolution.

Like the APEX 2019, the 2020 iteration doesn’t have ports or openings anywhere on the sides and sports pressure-sensitive capacitive buttons on its seamless unibody, in lieu of physical keys. The APEX likewise skips a traditional loudspeaker in favor of Vivo’s Screen SoundCasting technology that transforms the entire screen into a speaker and earpiece.

There’s no notch or cutout on the screen for a selfie shooter; instead, the 16-megapixel front camera of the latest APEX is integrated right into the display, which also makes it nearly invisible most of the time.

This is the official Vivo APEX 2020 product video, but we recommend that you watch the hands-on introduction and demonstration of the phone below

More interestingly, the back of the phone has a 48-megapixel main camera sensor that incorporates a gimbal-like stabilization mechanism, which Vivo says performs two times better than traditional OIS mechanisms. This allows the phone to produce smooth-looking footage while walking and moving around. It also improves low-light shooting because the shutter can stay open longer, resulting in brighter and more detailed pictures.

The other camera has a 16-megapixel sensor and a periscope structure with a moving lens element, which lets the camera zoom go from 5x to 7.5x without the help of software, hence the “continuous optical zoom” tagline in the teaser posts. Since Vivo has no plans to release the APEX 2020 commercially, we probably won’t see how it performs in day-to-day usage scenarios.

The APEX 2020 comes with 60-watt wireless charging, and, according to Vivo, this can charge a 2,000mAh battery in just 20 minutes. It’s incredibly quick, even when compared with the fastest wired solutions available on the market now, although it bears noting that Vivo didn’t specify the actual capacity of the APEX’s battery. It would be amazing if it achieved the rating with a single high-capacity cell.

As for the other specs, the Vivo APEX 2020 packs a Qualcomm Snapdragon 865 processor with 5G, along with 12GB RAM and 256GB of internal storage. The OS is Android 10, with Vivo’s own Funtouch OS on top.