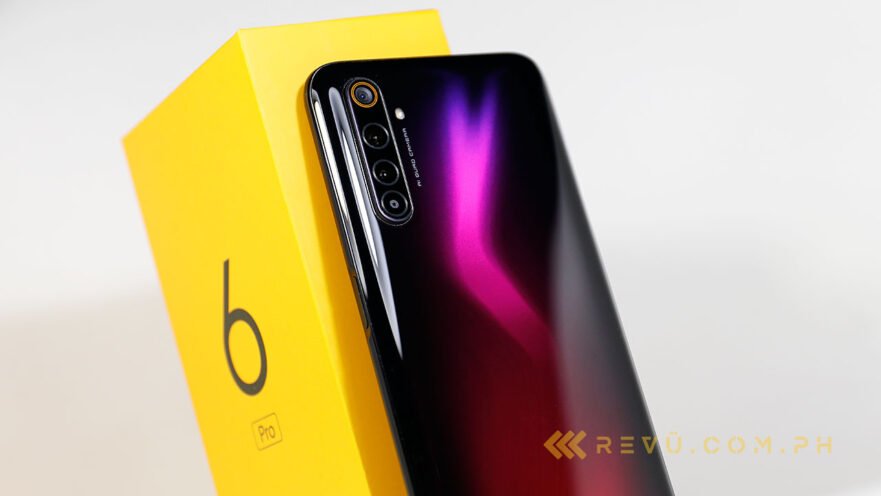 After launching the Realme 6i in the Philippines, the company’s local arm will release the new Realme 6 series in the country next. We’ve had the Realme 6 Pro for a while now, and we’re kicking things off with our first impressions of the Realme 5 Pro‘s successor.

(Update, May 29: Our review is up! Read Realme 6 Pro review: Gaming and camera beast for less.)

The Realme 6 Pro is the top-of-the-line model in the 6 series, and like the smartphone before it, features a fancy back design, as well as four cameras in a single module on the rear panel and a physical fingerprint reader that’s fast and convenient.

SEE ALSO: Realme 6i review: A budget phone you should not miss

The biggest upgrades are on the front, where the LCD screen stretches to 6.6 inches and now houses two selfie shooters in a punch hole. The phone also improves on its predecessor under the hood, with Realme‘s latest release sporting a Qualcomm Snapdragon 720G chipset — a notable upgrade from Qualcomm’s Snapdragon 712 — and a larger battery that supports 30-watt fast charging (from 20 watts on the Realme 5 Pro). And as expected, the 6 Pro runs Realme UI on top of Android 10 at launch.

In India, the smartphone’s most expensive model — one that pairs 8GB of RAM and 128GB of expendable storage — doesn’t cost more than ₹18,999 (around P12,739 or $252). That price might be a bit higher in the Philippines because of taxes.

The first thing that we noticed about the Realme 6 Pro is its rear panel. It’s arguably one of the most attractive and aggressive designs we’ve seen on any smartphone on the local market, and the subtle lightning-bolt pattern is the perfect reminder that this is a device you can seriously game on. It’s glossy, smooth to the touch and curved around the edges, and reasonably resistant to fingerprints as well.

The Realme 6 Pro’s rear panel is arguably one of the most attractive designs we’ve seen on any smartphone on the local market, and the subtle lightning-bolt pattern is the perfect reminder that this is a handset you can seriously game on

The 6 Pro’s back uses Corning Gorilla Glass 5, just like the front of the phone, so you can count on it being more durable and scratch-resistant. The included silicone case also helps. The frame is made of plastic, though, and gets a glossy finish to match the rest of the hardware.

The new Pro has a fingerprint scanner embedded into the power button on the right side, opposite the volume keys on the left. The button layout is pretty much the normal smartphone fare, except the fingerprint scanner is a lot more user-friendly for right-handed people.

At the bottom, you’ll find a headphone jack, a USB-C port for charging and file transfer, and a single loudspeaker, which can easily get muffled when using the handset in landscape orientation. The Realme 6 Pro allows fast charging up to 30 watts (that’s the max it can support) using the bundled power brick, so you don’t have to buy a charger separately.

The Full HD+ LCD here is another important spec. The Realme 6 Pro introduces the first 90Hz screen on a mid-tier phone arriving in the country. If you’re not familiar, a modern smartphone typically runs at 60Hz.

Raising the refresh rate to 90Hz or higher will result in smoother animations and performance when navigating the screen and scrolling through system menus. Plus, you’ll see smoother gameplay in games that support more than 60 fps. It’s impressive that Realme managed to incorporate a 90Hz display, as opposed to sticking to standard 60Hz, while the picture quality is pretty good, too. It might not be the best-looking screen in the segment, but its 90Hz refresh rate will be hard to ignore for those who really want it.

Quad cameras are back — and better

In the optics department, the Realme 6 Pro has four cameras on the back and two front-facing ones, bringing the total to six cameras — a first for a Realme handset on the local market. The main attraction is a 64-megapixel Samsung GW1 sensor paired with f/1.8 lens; it’s the same setup we saw on the Realme XT, which we were impressed with. By comparison, the Realme 5 Pro arrived with a 48-megapixel unit.

That 64-megapixel sensor is joined by a 12-megapixel telephoto camera, an 8-megapixel ultra-wide camera, and a 2-megapixel macro shooter with a 4cm focal distance. The shooting modes available in the native camera app include Night, Portrait, 64MP, Ultra Macro, and Expert, which offers manual controls for ISO, shutter speed, and white balance. The latter can also capture RAW images for editing later on your computer. Though saving RAW files is limited to the main camera, you can shoot in Expert mode using the zoom and ultra-wide lenses.

There are also creative filters that you can apply in real time while taking photos and video, as well as HDR and Chroma Boost, which enhances colors, contrast, and saturation to create a more vivid-looking picture. The dual front cameras consist of a 16-megapixel camera and a secondary 8-megapixel camera with ultra-wide lens. This makes the Realme 6 Pro ideal for group selfies and pictures with a scenic background. 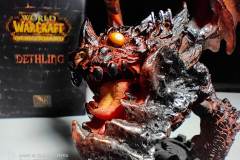 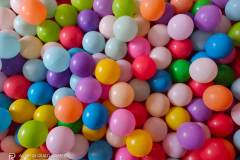 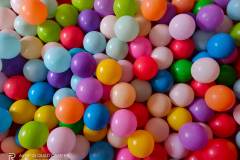 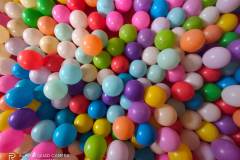 As a handy video recorder, the smartphone shoots up to 4K Ultra HD resolution, whereas the front camera maxes out at 1080p. There is electronic image stabilization, but it doesn’t seem to help much in keeping videos steady.

More pictures will be uploaded in our full review, which will be published next week. In the meantime, you’ll have to wait a bit longer to see what this Realme is capable of with its improved set of cameras.

The Realme 6 Pro packs a Qualcomm Snapdragon 720G inside, the same chipset Xiaomi opted for in the Redmi Note 9S. It’s manufactured on an 8nm node, which is an improvement over older units in the Snapdragon 700 series. A smaller manufacturing process enables a more power-efficient chip without compromising on performance.

According to Qualcomm, the Snapdragon 720G is meant to satisfy the needs of mobile-gaming enthusiasts who don’t have the budget for a Snapdragon 865-powered device. It uses eight Kryo 465 cores that clock up to 2.3GHz and has an integrated Adreno 618 GPU that’s also found in the Snapdragon 730/730G.

In terms of real-world performance, the Snapdragon 720G can handle it all. It plays the most demanding games at medium to high graphics, while most day-to-day tasks are handled without as much as a hiccup. We’ll post our gameplay footage and some benchmarks to give you an idea how the Realme 6 Pro stacks up against others in the category when the embargo lifts, so stay tuned for that.

Improving on its predecessor, the battery backup here is 4,300mAh, which is a slight bump from the 4,035mAh cell the Realme 5 Pro carries. It’s likely that Realme also opted for a higher-capacity battery to support the new Pro’s larger and faster screen. Charging has been upgraded as well, with the Realme 6 Pro adopting OPPO‘s 30-watt VOOC 4.0 standard, which is claimed to be capable of juicing up a dead battery to full in under an hour.

The Realme 6 Pro is shaping up to be a genuinely disruptive contender in the midrange this early on. With everything it has going for it, including a new and unique back design, a 90Hz screen, six cameras, and a fast-yet-efficient chipset, it’s a notable upgrade from its predecessor, which means a lot considering how good a value the Realme 5 is.

We’ll be back with our full review of the Realme 6 Pro next week, but if we were you, we’d be on the lookout for its release.