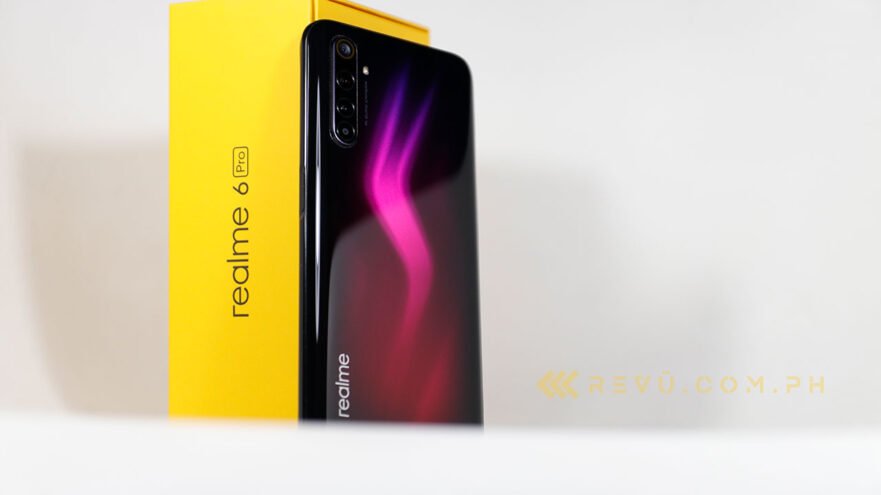 They’re finally here. After a long wait, Realme Philippines has taken the wraps off its new Realme 6 series of smartphones. The Realme 6 and Realme 6 Pro are now official in the country.

In the Philippines, the local pricing for the Realme 6 and Realme 6 Pro looks like this:

The Realme 6 is available in Comet Blue and Comet White colors.

The Realme 6 Pro will be offered in two colors — Lightning Red and Lightning Blue.

Realme will also be holding a special sale event on May 30 and 31 and June 6 and 7, where customers will receive a free limited-edition Realme squad bag worth P1,499 ($30) with every purchase of the Realme 6 and Realme 6 Pro. Both phones are available on installment plans with 0% interest rates through Home Credit.

The latest entries in the series join the Realme 6i, which launched earlier this month with a starting price of P7,990 ($158) for the base model with 3GB RAM and 64GB storage. The Realme 6 and Realme 6 Pro are successors to the Realme 5 series, which introduced quad rear cameras to Realme’s mainstream lineup.

This time around, the key selling point of the Realme 6 and Realme 6 Pro is the 90Hz LCD which both smartphones have. A 90Hz or faster screen allows for smoother gaming and higher frame rates in games that support it. The two also pack plenty of power under the hood and sport a 64-megapixel camera for crisp shots and 4K video recording. The 6 and 6 Pro come with fast charging over USB-C as well, up to 30 watts using the bundled charger.

On the software side, both phones ship with Realme UI based on the latest Android 10 operating system. Realme UI introduces many new visual elements and features, including major improvements to the system performance and a Dark Mode with improved support for third-party apps. It also adds the ability to personalize icon styles and quickly share large files between compatible OPPO, Vivo, OnePlus, Meizu, and Xiaomi devices using a new wireless protocol.

Here’s the video, in case you missed the livestream