We’re just a few days away from the September 3 launch of the Realme 6 series phones’ successors in India. We already gave you a preview of the Realme 7 Pro based on the leaks that have surfaced. But what about the regular version?

An unboxing video of the Realme 7 may have just given us the most credible leak of them all. The content was already made private, but no matter, because several people were able to take a few screenshots of it. The design, the specs… a lot are seen there, with the key specs shown on the retail box itself. 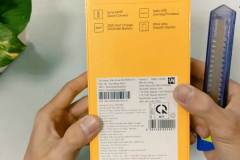 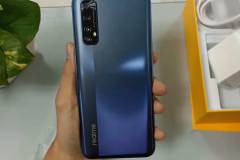 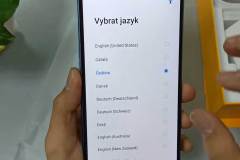 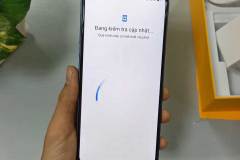 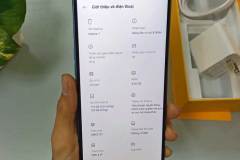 The Realme 7’s rear design somewhat reminds us of the Realme C11‘s, what with a wide band that runs from the top to the bottom of the panel. This time, though, the band is placed at the edge; the logo is small; the finish is frosted; and the camera module is rectangular.

Speaking of, in the module is a 64-megapixel Sony quad camera. No luck on the selfie shooter, but there’s clearly just one housed in a punch hole on the upper-left side of the screen. The display is confirmed to have a 90Hz refresh rate. Just as well because it’s powered by a MediaTek Helio G95 gaming-focused chip.

The processor is matched with 8GB of RAM and 128GB of expandable storage. It’s possible that there will be other memory configurations.

The Realme 7 is also seen to have a 5,000mAh battery with support for 30 watts of fast charging and Realme UI based on Android 10. Price is supposedly set at around ₹17,000 to ₹18,000 — or roughly P11,243 to P11,904 and $232 to $246. Will this be available in the Philippines in September? Barring any lockdown issues, Realme‘s yet-to-debut series will probably be launched here in October. Just guessing.