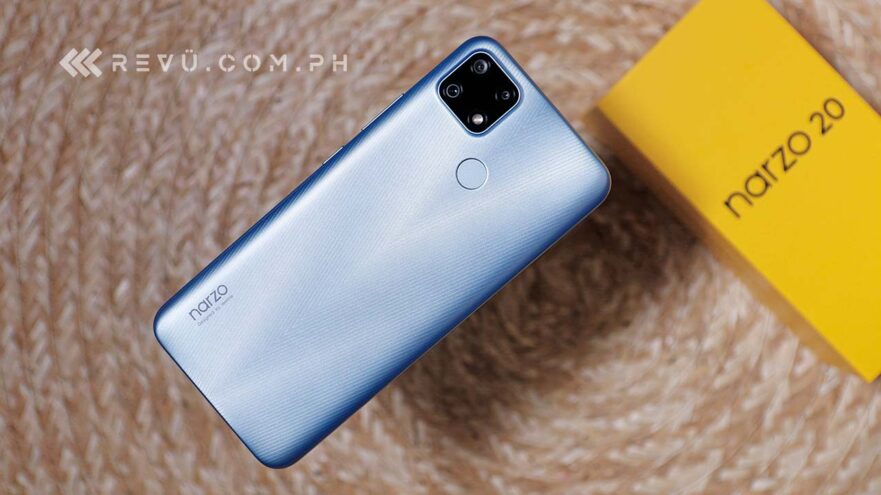 Not soon after completing the Realme 7 series in the Philippines with the release of the budget-friendly Realme 7i sporting a 90Hz screen, Realme today confirmed the launch date of a new smartphone line for the local market.

(Update, November 5: And the Realme Narzo 20 is official in the Philippines! See its price, specs, and availability here!)

According to the fastest-growing smartphone brand‘s social media post, the Realme Narzo 20 will make its debut in the Philippines November 5. And as expected, Realme will livestream the virtual launch on its official Facebook and YouTube pages.

Create your own rules. Set your own pace.
Be part of the league and see you on November 5, 6:00 PM#Narzo20 #FeelThePower #realmePH pic.twitter.com/rHMNiMasWD

Save the date for the Realme Narzo 20 launch

The Realme Narzo 20 debuted for the Indian market back in September. That means we already know what to expect from the company’s upcoming smartphone release in the country, provided the specs remain unchanged. Overall, the specs sheet reads like yet another budget Realme that offers reasonably good performance and extra-long battery life.

The Narzo 20 is headlined by a MediaTek Helio G85 chipset coupled with 4GB RAM and 64GB or 128GB of expandable storage via a dedicated card slot. According to Realme, the MediaTek G85, which features an octa-core processor and Mali-G52 MC2 graphics, scores over 200,000 points in the Antutu benchmark app.

SEE ALSO: Big leap: How Realme plans to sustain gains in 2020 and beyond

The handset also has a 6,000mAh battery that can charge up to 18 watts over USB-C and is rated to last 45 days on standby. The rear-facing setup includes triple cameras, consisting of a 48-megapixel primary sensor, an 8-megapixel ultra-wide lens, and a dedicated macro shooter with a fixed focal distance of 4cm. The 8-megapixel selfie camera sits in a waterdrop notch along the top bezel.