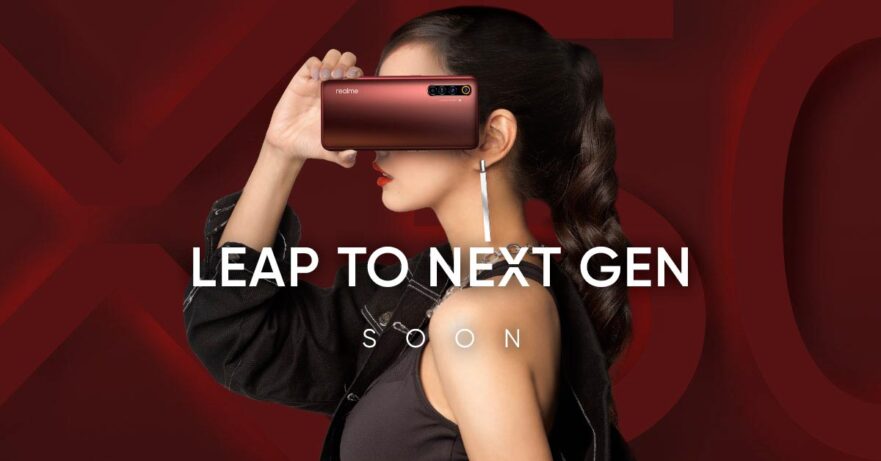 Back in August, we reported that Realme Philippines is likely to bring the Realme X50 Pro 5G to the local market through a telco partnership with Smart Communications. This, after spotting a teaser image of the 5G-capable flagship smartphone on Smart’s website.

(Update, December 3: And the Realme X50 Pro 5G has been launched alongside the Realme Watch S and Realme Buds Air Pro in the Philippines!)

Now, we can say with certainty that Realme Philippines will indeed launch the phone here. The company has posted a teaser in its official social media accounts confirming the arrival of a “real 5G flagship” in the country. The image in the teaser also features Realme’s new local brand ambassador, believed to be Alodia Gosiengfiao, holding the Rust Red variant of the X50 Pro 5G.

If you recall, the Realme X50 Pro 5G is the company’s second 5G handset after the release of the Qualcomm-Snapdragon 765G-based X50. But compared with the latter, the Pro version is built around a Snapdragon 865, which is one of the most powerful 5G-enabled chipsets you’ll find today. Other Snapdragon 865-powered devices include the OPPO Find X2 Pro.

The chip is paired with up to 12GB RAM and as much as 256GB of native storage. For taking pictures, the X50 Pro 5G uses a quad-camera setup consisting of a 64-megapixel, f/1.8 main camera with a Samsung GW1 sensor; a 12-megapixel, f/2.5 telephoto camera; an 8-megapixel, f/2.3 ultra-wide camera; and a 2-megapixel monochrome sensor for portraits. On the front, you get a 32-megapixel camera plus a secondary 8-megapixel cam for wide-angle selfies and group shots.

Topping up the 4,200mAh battery shouldn’t take long with Realme’s 65-watt SuperDart Charge technology, which is said to charge the phone from flat to 100% capacity in just 35 minutes. A 65-watt power brick is included in the box.

The smartphone will likely be much cheaper here, and it’s also possible that the X50 Pro 5G will launch with a local telco partnership — hello, Smart? — that should make it more popular with power users who are looking to upgrade (or retain) their existing data plan.