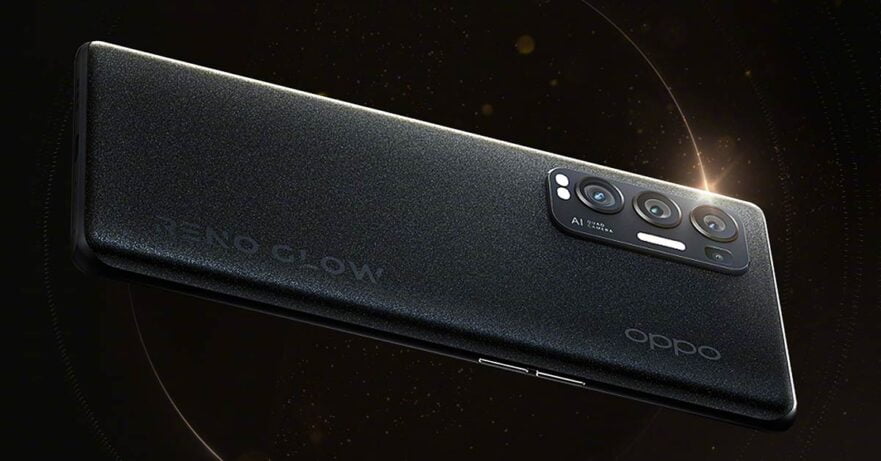 Come December 24, it’s the OPPO Reno 5 Pro Plus‘ turn to be launched there. The company even started teasing it again today, December 21. Its posts on Chinese social media platform Weibo confirm that the most premium of the Reno 5 series comes with a Qualcomm Snapdragon 865 processor and support for 65-watt fast charging.

The unveiling of the Plus model will also debut the Sony IMX766 sensor, which was previously rumored to make its way to the upcoming Snapdragon 888-powered OPPO Find X3 Pro flagship.

And while we already know how it looks, we’ve finally seen a picture of an OPPO Reno 5 Pro Plus actual unit. Or what seems to be an actual unit. Look.

A smartphone with model number OPPO PDRM00 — believed to be the OPPO Reno 5 Pro Plus — was seen in Geekbench bearing scores of 886 and 3,036 in the single- and multi-core tests, respectively.

A listing on the website of China’s certification authority, TENAA, on the other hand, reveals that the handset features a 50MP + 16MP + 13MP + 2MP camera setup on the back; a 6.55-inch Full HD+ screen with a 32-megapixel selfie shooter inside a punch hole on the upper-left side; a 4,400mAh battery; and Android 11-based ColorOS 11. RAM is as much as 12GB while storage is up to 256GB.

It’s likely that the OPPO Reno 5 will be released in the Philippines, too. But the question is, will all three of them become available locally? And will it — or they — have the same specs as the variants in China? Don’t hold your breath just yet.