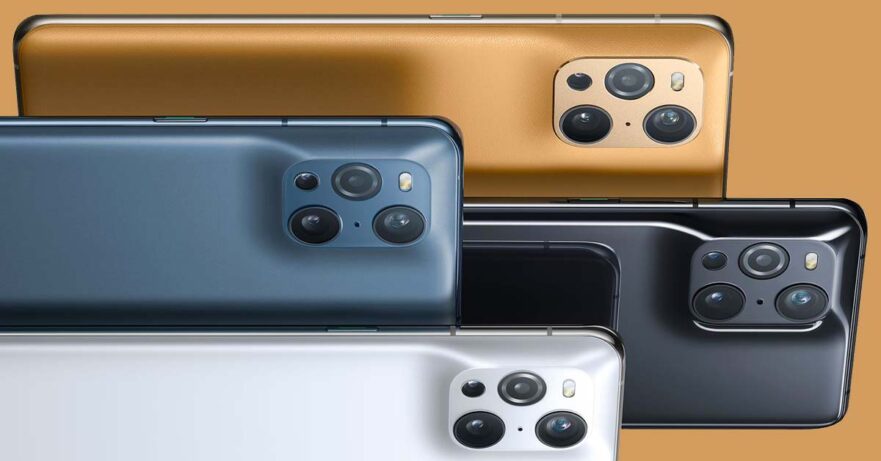 Earlier today, OPPO posted on Chinese social media platform Weibo a status that indicates we could be seeing the company’s next flagship phone in March.

(Update, March 11: The OPPO Find X3 Pro has been launched! See its price, specs, and availability here. And check this out for our full review of the flagship phone!)

We at Revü also see it as an indication that the smartphone manufacturer, one of the largest in the world, is ramping up its marketing efforts to tease the Find X3 series. Take note that just yesterday, reliable leakster Evan Blass shared the first official images of the OPPO Find X3 Pro in brown (or is that orange?), blue, black, and white color variants.

And boy, does the handset look unique. Yeah, the camera module itself may be quite similar to that of Apple’s iPhone, but the way it protrudes is unlike that of others that are on the market. It remains to be seen how it feels in the hand, but we sure appreciate that it stands out with this kind of design.

Recall that it was also Blass, more popularly known as @evleaks on Twitter, who revealed that the OPPO Find X3 Pro boasts four rear cameras, with two of them being new 50-megapixel sensors from Sony. One is the main sensor, and the other is for taking ultra-wide-angle shots. The rest are 13-megapixel telephoto and 3-megapixel macro cameras, with the latter having the ability to zoom in to subjects up to 25 times.

Other features to expect include a 6.7-inch, 2K curved OLED screen with an adaptive dynamic frame rate of 10Hz to 120Hz; SuperVOOC 2.0 wired and VOOC Air wireless fast charging; and of course, what we know all along, a Qualcomm Snapdragon 888 chip to power the phone, which has been spotted on Antutu’s website with a whopping benchmark score of 771,491.

The Find X3 Pro will supposedly launch alongside the OPPO Find X3 Neo and Find X3 Lite, or a rebranded OPPO Reno 5 5G for the western markets.