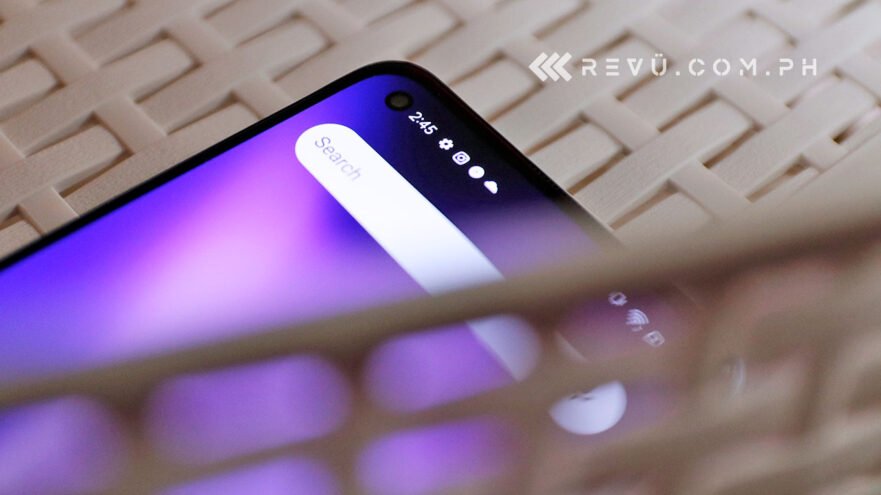 The fastest-growing smartphone brand is all set to launch a Qualcomm Snapdragon 888 phone it has dubbed the Realme Race. And now, we may finally have the actual name of the said model.

(Update, February 18: Save the launch date of the Realme GT with Snapdragon 888!)

The posts don’t necessarily mean that the phone manufacturer has a tie-up with a car company; we believe that they stand for what the device represents. Remember that grand tourer sports cars are designed for high-speed and long-distance races. So we actually have high expectations for the handset that is confirmed to usher in a new flagship series for Realme.

About a week ago, a smartphone with model number RMX2202 was spotted on the site of Chinese certification authority TENAA showing a back panel with “GT” stamped on the lower-right side. And we now believe it’s the Realme GT (we’ll call it this until the brand itself says it is not).

The images of the unit reveal it has a rectangular rear-camera module, a punch-hole cutout for the selfie camera at the upper-left part of the screen, volume keys along the left edge, and a power button on the opposite side.

Word has it that the Realme GT could feature a 120Hz display; a 5,000mAh battery with support for 125W UltraDart fast charging; a 64MP main + 13MP ultra-wide + 13MP telephoto camera setup on the back; Android 11; and as much as 12GB of RAM and 256GB of storage. It’s supposed to have a flat screen and a thin chassis.

We’re keeping our eyes peeled for more updates from Realme. Hopefully, the company will finally reveal the launch date of the model code-named Race.