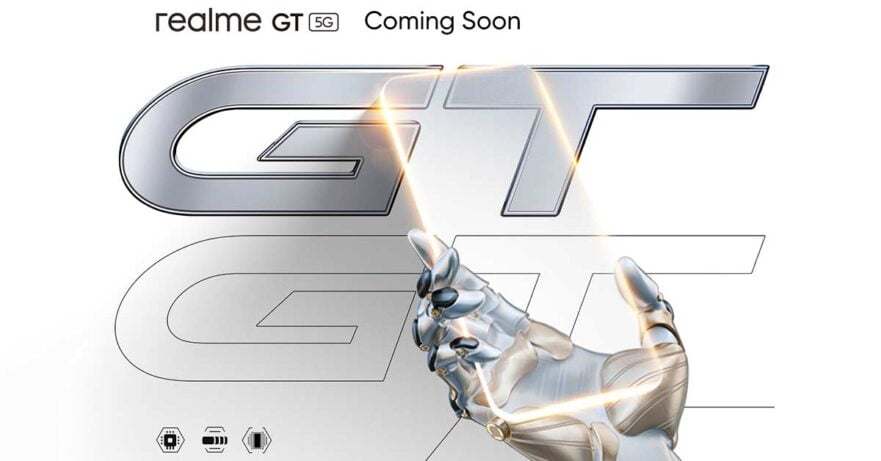 Now, we can confirm it: Realme‘s next flagship smartphone, previously rumored to have the Race moniker, will actually be called the Realme GT.

What’s more, the phone is set to launch in China March 4, within days after the Xiaomi Redmi K40 series breaks cover in its native market. The top-end model of the K40 lineup is believed to rival the Realme GT, both in terms of specs and pricing. The GT will also launch globally, likely at a later date, as its launch-event poster was shared by the brand’s global page on Facebook.

Realme chief marketing officer Chase Xu has confirmed that the GT will use a top-of-the-line Qualcomm Snapdragon 888 chipset, as previously speculated. He’s likewise suggested the presence of a 120Hz screen, though that’s nothing out of the ordinary for a modern flagship.

Besides teasing the Snapdragon 888 5G chip and the display’s high refresh rate, the GT announcement poster also hints at the phone’s fast-charging capabilities as one of its hallmark features. Though still not confirmed at this point, word on the street is that the GT will be the first Realme device to support the brand’s new 125-watt UltraDart standard.

It doesn’t reveal the Realme GT’s design, although if the listing on China’s TENAA regulatory body is accurate, we could be looking at a high-gloss device with a rectangular camera module on the back. According to Chinese leaker Digital Chat Station, it might be offered with a leather back as well.

Other supposed specs of the Realme GT include a flat AMOLED display; up to 12GB RAM and 256GB of storage; a 5,000mAh battery; a triple-camera system with a 64MP main sensor plus a pair of 13-megapixel shooters for ultra-wide and zoom shots; and Realme UI layered on top of Android 11.

As always, we’ll update this site as more information becomes available. Until then, keep those eyes peeled for our coverage of Realme’s upcoming top-shelf phone.