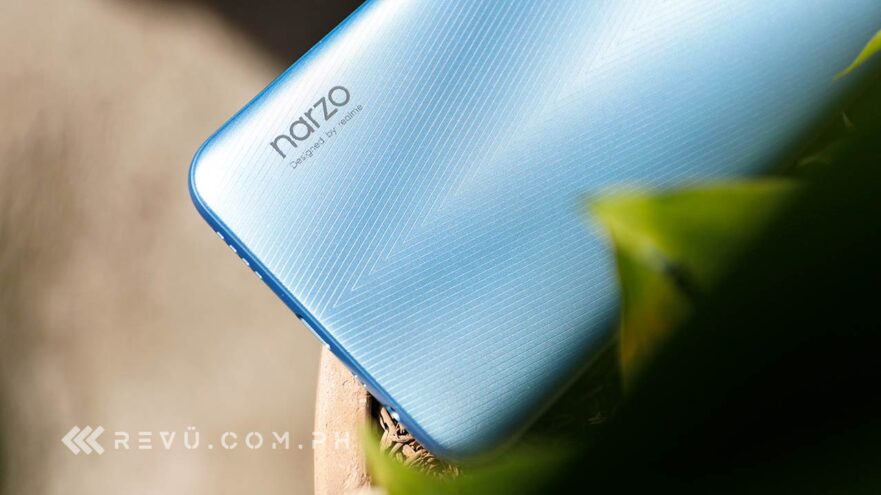 The successor to the Narzo 20 series is about to break cover. And just before the lineup’s launch date is even announced, Realme surprises us with a first official look at one of the yet-to-be-unveiled models.

(Update, February 18: The launch is scheduled for February 24!)

The company, which happens to be the fastest-growing smartphone vendor, posted a picture of Realme India and Europe CEO Madhav Sheth holding what’s surely the Realme Narzo 30 Pro 5G.

Our CEO @MadhavSheth1 is here with his Tech Squad where our #realmeCommunity members will use and review our #Narzobyrealme smartphones before the launch.

Stay tuned to see who are the lucky ones! #MadhavsTechSquad pic.twitter.com/PO5ssMNslP

Teaser of the upcoming Narzo phone

The look of the unit is consistent with the design of a Realme device teased on Twitter and seen in a poster at a store in India. The latter shows it is indeed a Realme Narzo 30 Pro 5G — and it boasts a MediaTek Dimensity 800U processor and a 120Hz screen. Beside it is a handset with a square camera module on the back, and it’s apparently called the Narzo 30A. Surprisingly, there’s no mention of a Narzo 30.

The epitome of performance is back to make you #FeelThePower again.

Take note also that the said unit has been spotted on the website of Chinese certification authority TENAA. But there, it’s only listed as the Realme RMX3161. The listing states that the mobile features a 6.5-inch, punch-hole LCD; a quad-camera system on the rear; and a 4,880mAh battery. It could come with 65-watt SuperDart fast charging and run Android 11-based Realme UI 2.0 out of the box. Some say it might be a rebranded Realme 7 5G.

We made 5G smartphones affordable by launching the #realmeX7 at less than 20K.

Should we make 5G smartphones even more economical?

Could this mean that the Narzo 30 Pro is a more affordable 5G phone than the X7?