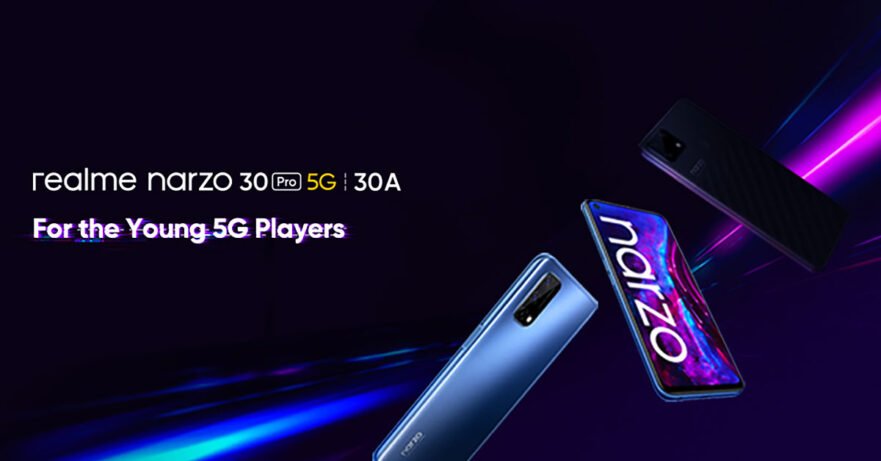 Realme earlier confirmed that it will launch the Narzo 30 series in India February 24. The livestream will introduce the Narzo 30A, Narzo 30 Pro, and Buds Air 2 true wireless earphones, according to digital invites the company sent to the media.

The Realme Narzo 30 Pro 5G has already been confirmed with a MediaTek Dimensity 800U chipset, which packs the same silicon as Xiaomi‘s Redmi Note 9T (click here for our review of the unit). The inclusion of a Dimensity 800U chip indicates dual 5G standby, with Realme claiming the Narzo 30 Pro will be “India’s most affordable 5G smartphone,” though no official price has been set.

Brace yourself to Trigger Ultimate Speed only with the @MediaTekIndia Dimensity 800U Processor of the #realmeNarzo30Pro5G.

But what about the Realme Narzo 30A? Which chip will it use? Apparently, according to the Geekbench database, it will be powered by a MediaTek Helio G85, which last year’s Narzo 20 launched with. If you recall, the Narzo 20 with 4GB RAM and 64GB storage debuted with a P7,990 (around $165 converted) price tag in the Philippines.

The Redmi Note 9 uses a Helio G85 as well. The budget chip offers slightly better gaming performance compared with the Helio G80 in the Redmi 9 and plenty of other devices.

The Narzo 30A’s Geekbench listing hints at 4GB of RAM onboard running Realme UI based on Android 10, but other memory configurations may also be introduced during the livestream.

It won’t be long before we find out more about the Realme Narzo 30 series, so be sure to follow our coverage for the latest updates. Hopefully, Realme Philippines brings the latest Narzo smartphones to local shores, too. We’re particularly interested in the Narzo 30 Pro 5G.

Poster that got leaked a few days ago