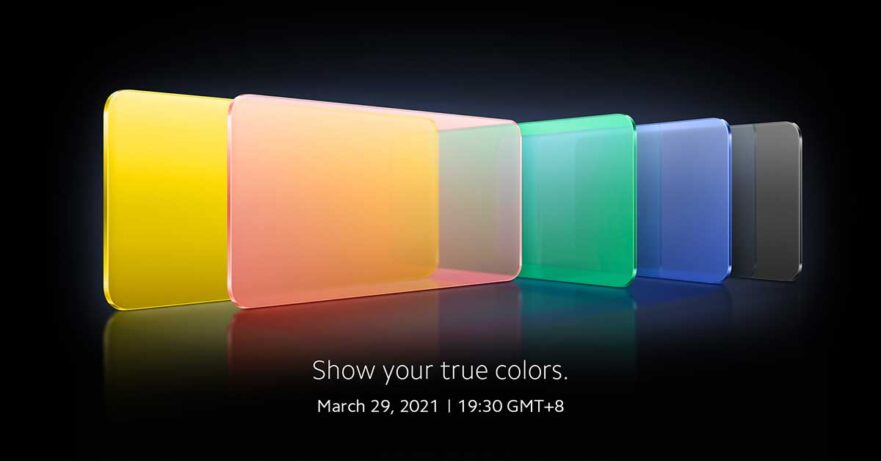 Xiaomi seems to be ending the first quarter of 2021 with a bang — a deafeningly loud one at that. The company has scheduled what it calls a “mega launch” March 29 in both the Chinese and global markets, with as many as 16 products speculated to be announced, including the Mi Band 6, Mi Notebook Pro, and Mi Router.

(Update, March 30: The Xiaomi Mi 11i was launched at the Xiaomi Mega Launch as well! See how it compares with the Mi 11 on paper here.)

(Update, March 29: And we have a new No. 1 camera phone! Meet the Xiaomi Mi 11 Ultra flagship phone, now official worldwide.)

At the heart of a strategy that creates a connected ecosystem with smartphones at the center, the stars of the show are expected to be the Xiaomi Mi 11 Ultra, Mi 11 Pro, Mi 11 Lite, and of course, the Xiaomi Mi Mix, which is confirmed to make a comeback after a two-year hiatus.

What do we know about them so far? Read on.

Being camera enthusiasts, this is the one we’re most excited about. The still-unnamed Xiaomi Mi Mix device is set to debut liquid lens on a smartphone, allowing one sensor to take macro and telephoto shots. The focal length is altered by electronically controlling the liquid element to change the radius of the lens’ curvature quickly. In normal speak, the upcoming Mix model should be able to “focus both closely and to optical infinity in milliseconds.”

We remember calling the original Mi Mix “the future of smartphones” at the time it was launched in October 2016. Its successors — the Mi Mix 2, Mi Mix 2S, and Mi Mix 3 — were equally designed to impress. Unfortunately, the Xiaomi Mi Mix Alpha, which was announced in September 2019, remained a concept device. It’s about time we see a new Mix… or two.

Xiaomi itself has revealed two things that weren’t in the rumor mill: that this model packs a silicon-oxygen anode battery, which use nano-scale silicon materials on the negative electrode instead of graphite to allow for faster charging while keeping the frame thin, and that it boasts the first full-phase change cooling technology.

But the rest? We pretty much know almost everything there is to know about the handset, as the Ultra figured in a hands-on video leak a month and a half ago. The YouTube video was already taken down a long time ago, but not before many people took screenshots of and downloaded the content.

The clip shows that the Xiaomi Mi 11 Ultra gets a small secondary display that can mimic the front panel and is probably there to act mainly as a viewfinder when taking a selfie with the best camera on the phone. The unit likewise sports a 50-megapixel main sensor; two 48-megapixel cameras — one for ultra-wide and the other for zoom shots up to 120x; a a 20-megapixel selfie shooter housed in a punch hole; 67-watt fast charging to go along with what could likely be 67-watt wireless charging and 10-watt reverse charging; and Qualcomm’s Snapdragon 888 chip.

👀 Something BIG on the way from @Xiaomi

See you on March 29th! pic.twitter.com/rU2N15JHok

Otherwise known as the smartphone we expected to launch alongside the regular Xiaomi Mi 11… but didn’t.

The leaked image of the Mi 11 Pro shows a device that looks a lot like the vanilla model. However, the design of the camera module is different. It’s horizontally oriented and has an extra sensor and a larger flash.

Reports say the Pro shares many features as the Mi 11 Ultra, from the display to the battery. Expect a 13-megapixel ultra-wide-angle lens, a 5-megapixel macro sensor, and a 120x telephoto one to assist the 50-megapixel primary camera, though.

Germany-based WinFuture may very well have spilled what we want to know about the Lite member of the Mi 11 series — or what Xiaomi calls the Mi 11 Youth Edition in China.

The tech site claims that the Xiaomi Mi 11 Lite has 4G and 5G versions, with both getting a 6.55-inch AMOLED display with 2,400 x 1,080 resolution and a 90Hz refresh rate; 64-megapixel main, 8-megapixel ultra-wide, and 5-megapixel macro sensors on the back; a 20-megapixel front-facing camera; a 4,250mAh battery that supports 33-watt fast charging; and MIUI 12 on top of Android 11. The 4G variant is powered by a Snapdragon 732G. The 5G-ready unit, on the other hand, will debut Qualcomm’s newly announced 5nm Snapdragon 780G chip, the successor to the Snapdragon 765 processor. Here’s a two-part unboxing video of the cheaper model.

Xiaomi Mi 11 Lite: here’s a quick and suuuuper dirty unboxing video of the new smartphone that won’t get taken down.

In Europe, the device’s price is as follows:

A smartphone with a brand new style is coming your way!

Representing the colors of the Xiaomi Mi 11 Lite?