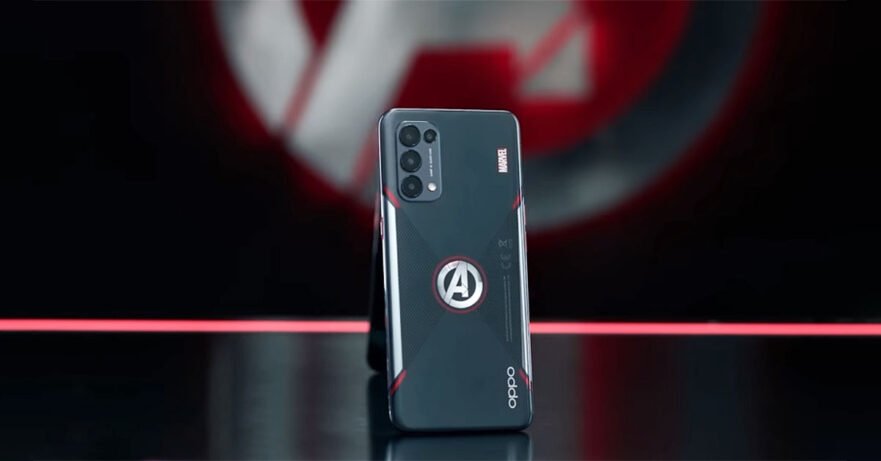 We previously wrote about the OPPO Reno 5 Marvel Edition, which debuted in Indonesia more than a week ago. In that article, we said that the limited-edition smartphone will be released March 26 in the Philippines, coinciding with the local launch of the OPPO A94. At least, according to an ad we spotted at OPPO’s official brand store on Lazada.

It turns out the Reno 5 Marvel Edition has landed earlier than expected and is now available offline at OPPO concept stores nationwide. Even local retailer Silicon Valley has featured the latest Reno 5 variant, which has a suggested retail price of P19,999 (about $411 converted), on its social media page.

As expected, the OPPO Reno 5 Marvel Edition shares the same internals as the regular, non-5G version of the Reno 5 — from its 6.4-inch AMOLED screen with a 90Hz refresh rate to its quad rear cameras headlined by a 64-megapixel main image sensor and Qualcomm Snapdragon 720G chipset. Like the vanilla model, this Marvel-branded edition packs 8GB RAM and 128GB of native storage as well, while the camera is still tack-sharp at 44 megapixels.

The packaging and design of the actual phone are very much different, of course. Similar to the OPPO F11 Pro Marvel’s Avengers Limited Edition phone from 2019, the Reno 5 Marvel Edition gets a new retail box and accessories to match its aesthetic. The back of the phone features the Avengers logo at the center, surrounded by black and red lines and chrome accents on the sides. Boot up the device, and you’re greeted with some new wallpapers and icons.

The 50-watt power brick is now black and sports the Avengers branding in red, while the charging cable is prominently red as opposed to white. The included wired earphones, the silicone case, even the SIM-eject tool have gotten some Marvel love. Everything here just looks different, but probably in a good way.

The standard Reno 5 4G retails at P18,999 ($391) in the Philippines, so perhaps the extra P1,000 ($21) is not bad if you’re a Marvel fan and you already have your eyes set on OPPO’s latest Reno. That new design plus those accessories look really good.