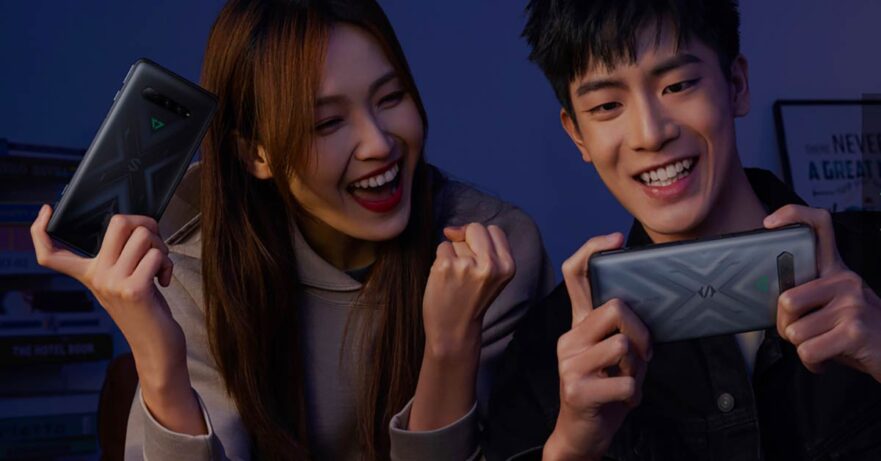 The Black Shark 4 Pro and Black Shark 4 are now official, and they look very much alike but have major differences in the chipset (as we’ve mentioned earlier) and camera departments. In China, where preorders have gone live, the Black Shark 4 gaming phones are priced as follows:

Pricing and availability in the Philippines have yet to be revealed, but we’re optimistic about a local release in the future.

Similar to the POCO F3, the Black Shark 4 Pro and Black Shark 4 pack 6.67-inch E4 AMOLED displays made by Samsung, although their refresh and touch-sampling rates have been cranked up to 144Hz and 720Hz, respectively, supposedly making them look smoother and more touch-sensitive. They both have pressure-sensitive shoulder keys that can distinguish between a light tap and a hard press as well. No surprises. This series is built for serious gaming, after all.

The Black Shark 4 Pro and Black Shark 4 also come with insanely fast 120-watt charging out of the gate, putting them on a par with the fastest out there. A demo during the launch event showed that the Black Shark 4’s 4,500mAh dual-cell battery can be charged from zero to full in just 14 minutes and 50 seconds.

In addition to that, the Pro variant also offers a superior dual-layer liquid-cooling system that Black Shark claims can lower the CPU temperature by up to 18 degrees Celsius. It also boasts Xiaomi’s Ramdisk feature it introduced on the Mi 10 Ultra. This allows the system to allocate a portion of RAM to be used as virtual storage for faster performance in certain apps.

For optics, the Black Shark 4 Pro gets a sharper 64-megapixel primary camera, too, as opposed to the vanilla model with a 48-megapixel shooter. However, the secondary cameras — in this case, an 8-megapixel ultra-wide camera, a 5-megapixel macro camera, and a 20-megapixel front-facer — are identical on both gaming phones.

Based on the Black Shark’s aggressive pricing strategy, it looks like the POCO F3 might have some competition when Xiaomi launches the gaming phones outside China. What do you think? Drop us a line in the comments, and let’s discuss.