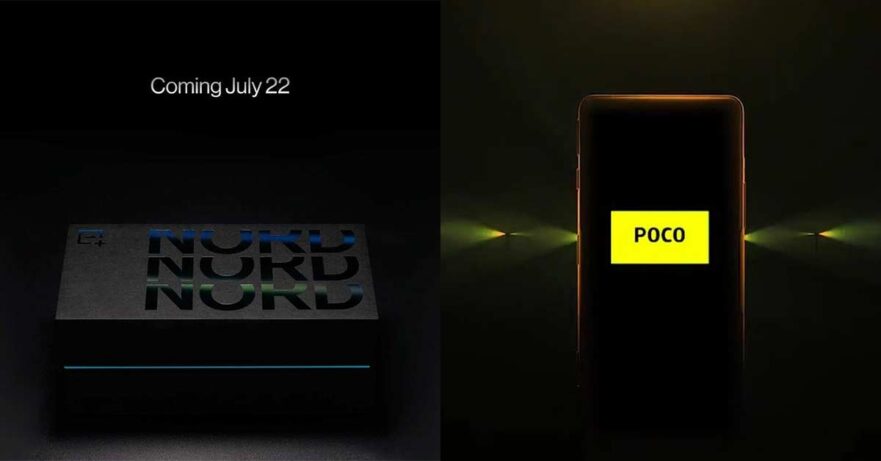 Okay, fine. It should be “POCO trolls OnePlus as the latter announces the OnePlus Nord 2 5G launch in Europe and India.” But we take it that you get our drift.

(Update, July 23: The OnePlus Nord 2 and POCO F3 GT are newly launched! Which “flagship killer” do you think is better based on the specs and price comparison here?)

The Nord 2 5G is going to debut July 22 in the European region and the South Asian country. While there’s no word yet if it will become available in other places, we expect it to arrive in markets such as the Philippines. Recall that the original Nord was first unveiled July 21, 2020, in Europe and India, too, and eventually made its way here in end-August.

One of the OnePlus Nord 2 5G launch teasers

According to the OPPO sub-brand, the OnePlus Nord 2 5G uses a custom version of the MediaTek Dimensity 1200 chip called the Dimensity 1200-AI. The goal is to “build an exclusive AI-enhanced experience that takes photography, display technology, and gaming to a new dimension.”

Rumored specs of the smartphone include a 50-megapixel Sony main sensor assisted by an 8-megapixel ultra-wide camera and a depth-sensing one; a 32-megapixel selfie shooter; a 6.53-inch 90Hz AMOLED display; and a 4,500mAh battery.

OnePlus claims the upcoming Nord is “everything you could ask for,” prompting Xiaomi‘s POCO to tweet this.

If you didn’t know yet, yes, the latter is going to announce the POCO F3 GT soon, too. Within the third quarter, as the company previously promised.

The F3 GT is widely believed to be the global version of the China-exclusive Redmi K40 Game Enhanced Edition, which features a MediaTek Dimensity 1200 processor paired with at least 6GB of RAM and 128GB of expandable storage; a 5,065mAh battery that supports 67-watt fast charging; and a 6.67-inch OLED screen with a 120Hz refresh rate and Gorilla Glass 5 protection.