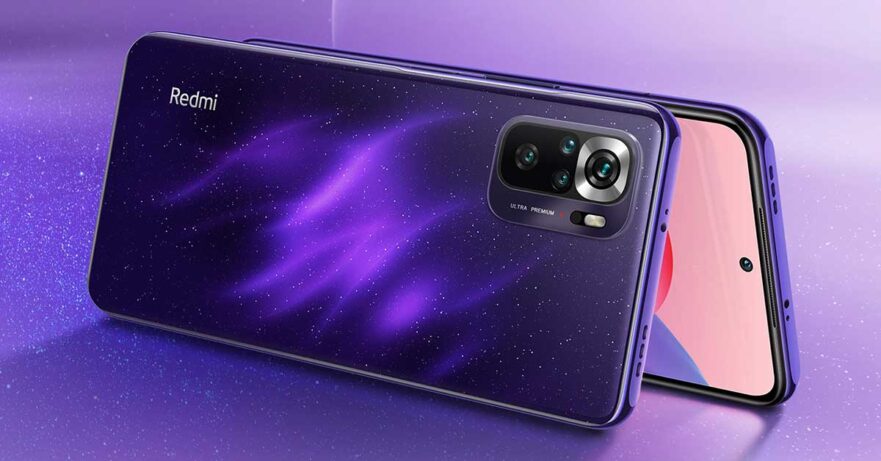 We previously wrote about the Redmi Note 10S getting another variant, one sporting a new bold purple back cover embellished with a 3D effect and a glittery finish.

The new color option is called Starlight Purple, and this version is now available in the Philippines for a price of P11,990 (around $237), same as the other variants of the phone. It comes with 8GB of RAM and 128GB of internal storage also.

You can buy the Redmi Note 10S Starlight Purple edition from mistoreph.com as well as select Mi Stores and Mi Zones nationwide. To sweeten the deal, the smartphone is bundled with a free Xiaomi Mi Watch Lite smartwatch worth P2,490 ($49) until August 31.

In case you missed the announcement, the Redmi Note 10S sits right under the Pro model in the hierarchy of the Xiaomi‘s Redmi Note 10 series and is the only one powered by a MediaTek chipset — specifically the gaming-tuned Helio G95, which is also the processor used by the Realme Narzo 30.

Elsewhere, you’re looking at a 6.43-inch Super AMOLED display with FHD+ resolution and a 60Hz refresh rate; four rear cameras headlined by a 64-megapixel sensor; a 13-megapixel selfie shooter; a power key that pulls double duty as a fingerprint reader; and a 5,000mAh battery that supports 33-watt fast charging. The Redmi Note 10S boots Android 11-based MIUI 12 out of the box.