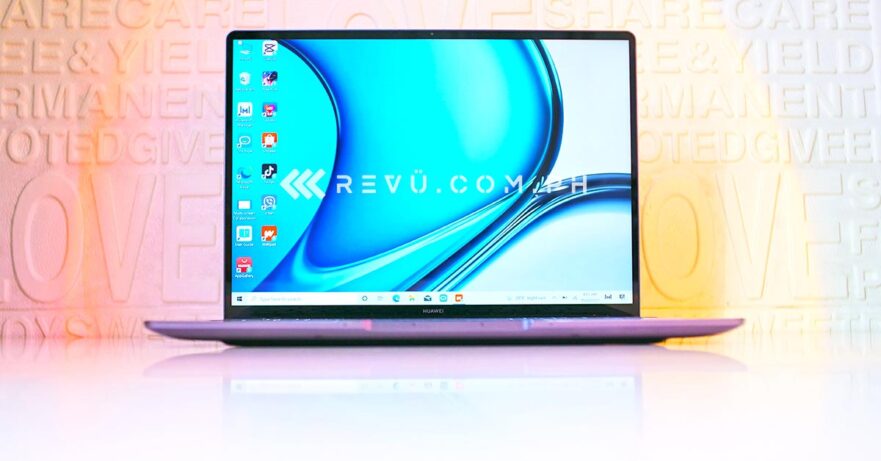 Huawei will announce the MateBook 14s, Nova 9, and Watch GT 3 series in the Asia-Pacific market on October 28, with the laptop confirmed to go official in the Philippines on that date, too. You can stream the 7 p.m. live event on Huawei’s website, online store, Facebook page, or YouTube channel.

(Update, November 13: The Huawei MateBook 14s has officially gone on sale in the Philippines!)

(Update, October 29: Check out the Huawei MateBook 14s’ price and preorder details for the Philippine market!)

Ahead of the launch, Huawei Philippines sent us the MateBook 14s for review and to give us a taste of what’s to come for the technology giant’s laptop business. After all, the latest MateBook is supposed to eschew better hardware and software integration with HarmonyOS devices and even promises app compatibility with apps on the Huawei AppGallery.

We’ll come out with our full review soon, but for now, check out our rundown of five of the most exciting features the MateBook 14s has to offer.

When it comes to refresh rate, the Huawei MateBook 14s is literally the fastest MateBook we’ve tested, sporting a 2.5K FullView Display with multitouch sensitivity, a tall 3:2 aspect ratio, and a 90Hz refresh rate.

In case you’re not familiar, that means the display refreshes 90 times per second to show a new image, whereas most laptop and smartphone panels have 60Hz panels. This results not only in less motion blur when watching a video, but also smoother gaming and everyday swiping on the touchscreen. Huawei says the refresh rate will automatically increase to 90Hz for things like app interfaces, but you can force the display to run at 90Hz by pressing the Fn + R keys at the same time.

The LTPS display measures 14.2 inches across and supposedly offers 100% sRGB coverage, making it great for photo and video editing. It also comes with 400 nits of peak brightness for better outdoor visibility. Overall, we think the display on the MateBook 14s is promising, and we’re certainly curious to see how it performs in daily use and in gaming.

Accompanying that is an integrated Intel Iris Xe graphics and up to 16GB of LPDDR4x dual-channel RAM alongside up to 1TB of fast SSD storage. Intel’s latest Tiger Lake H-Series CPUs are built on a 10nm process, so you should expect good battery life out of the MateBook 14s, in addition to better day-to-day and gaming performance compared to its predecessors. Our review unit packs a midrange Core i5-11300H CPU running at standard voltage.

Like other premium MateBook laptops, pressing Fn + P on the MateBook 14s activates Performance mode, which bumps up the CPU TDP to 45 watts to provide the speed boost needed for heavy multitasking and gaming at higher graphics settings. We’ll put our unit through its paces and give you the performance breakdown in our full review.

Delightfully light and premium — and green (or gray)!

In the Philippines, the Huawei MateBook 14s is available in Space Grey as well as the gorgeous new Spruce Green variant that’s about as bold as you can get when it comes to color. But regardless of which one you pick, you’ll get the same sleek and lightweight metallic chassis that feels solidly built and smooth to the touch, while only being 1.43kg in weight.

It measures just 16.7mm at its thickest point, too, so you can easily carry it with you or slide it in your backpack and get going. Also, the Huawei MateBook 14s boasts a redesigned full-sized keyboard that offers 1.5mm key travel.

Notably, its key caps are slightly curved for a more comfortable and satisfying typing experience. Huawei claims the key caps are 15% more durable than those made of traditional materials. The scissor switches beneath them are also claimed to have the industry’s highest compression ratio.

Keeping the lights on here is a 60Wh battery that supports Huawei’s 90-watt SuperCharge fast charging using the included power brick, which is small enough to fit the palm of your hand. It’s likewise versatile in that you can use it to quickly charge your other Huawei devices with a USB-C port.

According to the company, you should get three hours of use with just 15 minutes of charging — a bold claim that we’re eager to put to the test. With the high-capacity battery backup, the MateBook 14s supports up to 13 hours of continuous 1080p video playback.

Of course, as with any Huawei laptop, easy and seamless connectivity is a key selling point. The MateBook 14s brings support the company’s improved Multi-screen Collaboration feature, which lets you handle smartphone tasks on a bigger device or conveniently share your screen or share content across devices with drag and drop, among other things.

If you have a tablet running HarmonyOS, such as a MatePad 11 or a MatePad 12.6 Pro, you can pair it with your MateBook 14s to use as a second screen. Additionally, you can operate the tablet wirelessly using the laptop’s keyboard and touchpad. 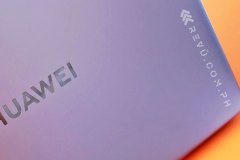 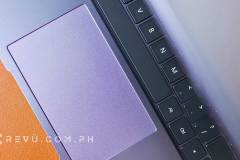 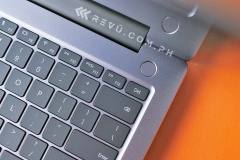 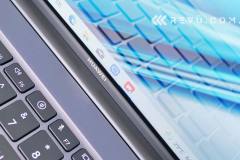 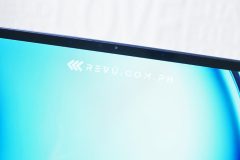 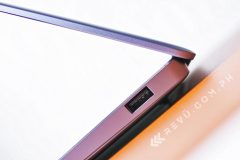