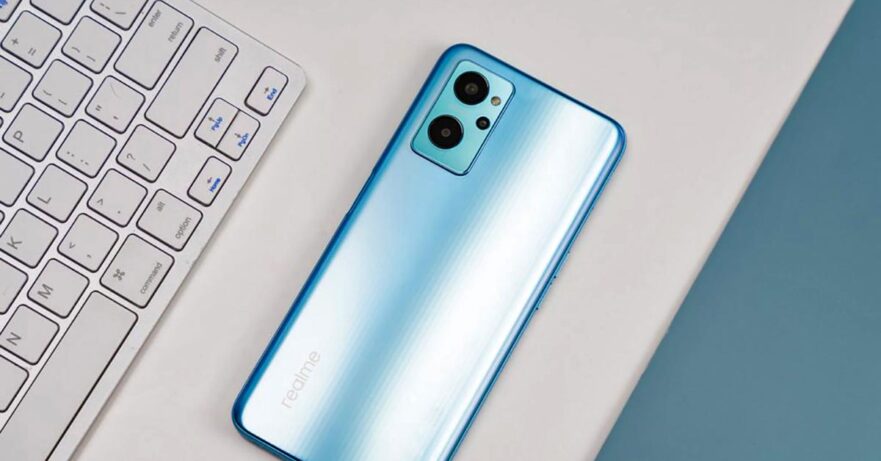 The Realme 9i’s launch is already being officially teased in Vietnam. And while the brand hasn’t revealed the unveiling date yet, an online publication has done so.

According to The Pixel, the Realme 9 series phone will make its global debut in Vietnam January 10. Even better, it has uploaded a hands-on video of the upcoming model to YouTube. So now we finally have images of an actual Realme 9i unit and don’t have to rely on leaked renders.

The newly published content shows that we are indeed looking at a smartphone that is similarly designed as the Realme GT Neo2, which was launched in China in September. You’ll see a shiny back with rounded edges and a vertical pattern that also reminds us of the Xiaomi Mi 11 Special Edition. A rectangular camera module houses the 50-megapixel main sensor and two 2-megapixel lenses — one for macro shots and another for portraits.

Along the right edge of the Realme 9i are the volume keys and SIM card slot, and on the other side is a power button that also serves as a fingerprint sensor. At the bottom, you’ll find the speaker, mic, 3.5mm headphone jack, and USB Type-C port, where you can charge the 5,000mAh battery with 33-watt fast-charging support.

The LCD screen measures 6.59 inches and has a 90Hz refresh rate. On its upper-left side is a small punch hole that contains the 16-megapixel selfie camera.

The Realme 9i is powered by a 6nm Qualcomm Snapdragon 680 4G chip — only the third in the world to get the processor. Recall that the Snapdragon 680 debuted on the Vivo Y32 in December and appeared once again on the Vivo Y21T, which was announced two days ago.

Realme Philippines has not teased the device yet, so we have no inkling of its local availability. But as we said earlier, there’s a good chance that it will be released here, considering that its predecessor, the Realme 8i, was offered in the country, too.