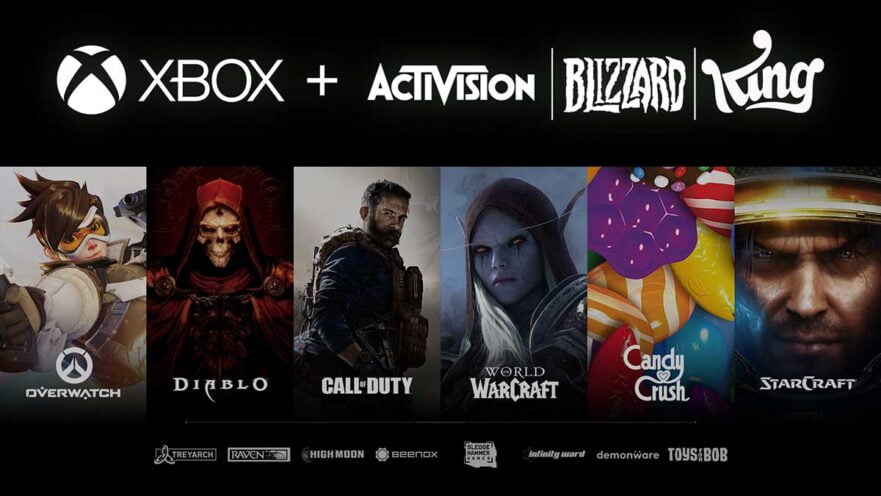 In case you missed the huge, possibly landscape-changing announcement, Microsoft has agreed to acquire Activision Blizzard in a mega-deal worth $68.7 billion. Activision Blizzard is also facing multiple lawsuits and federal investigations following accusations of harassment and misconduct.

To put that sum into perspective, it is by far the largest acquisition in Microsoft’s history and dwarfs the company’s $7.5-billion deal to acquire ZeniMax Media, the parent company of Doom, Fallout, and Elder Scrolls studio Bethesda Softworks. It’s also over five times what Take-Two paid for Zynga — a whopping $12.7 billion — earlier this year.

With the addition of Activision Blizzard’s studios, which include the teams behind video-game franchises Call of Duty, Overwatch, World of Warcraft, Hearthstone, and Diablo, Microsoft now has 30 first-party game studios for its Xbox platform.

READ ALSO: Will Call of Duty and Blizzard games remain on PlayStation after Microsoft buyout?

The landmark deal will catapult Microsoft to the top of the gaming leaderboard, making it the third-largest game publisher in the world, only behind China’s Tencent and Japanese tech giant Sony.

Phil Spencer, the head of the Xbox brand, will now serve as the CEO of Microsoft Gaming and shall oversee Activision Blizzard once the transaction gets cleared by regulators.

While it remains to be seen how the Activision Blizzard acquisition (and Microsoft’s previous transactions) will impact Xbox; Game Pass, which now has 25 million subscribers; and Microsoft’s push for cloud gaming, it’s clear that only good things are coming to Xbox console owners and Game Pass subscribers.

There is also a possibility that Microsoft will make future Activision Blizzard games exclusive to Xbox and Game Pass entirely, or launch them as timed exclusives on its ecosystem, similar to what Sony did with God of War and Final Fantasy VII Remake, which have made their way to PC.

Exactly how many isn’t known yet, but in the meantime, Game Pass is getting six new games this week, including Hitman Trilogy, Death’s Door, and Tom Clancy’s Rainbow Six Extraction, a day-one Game Pass drop.