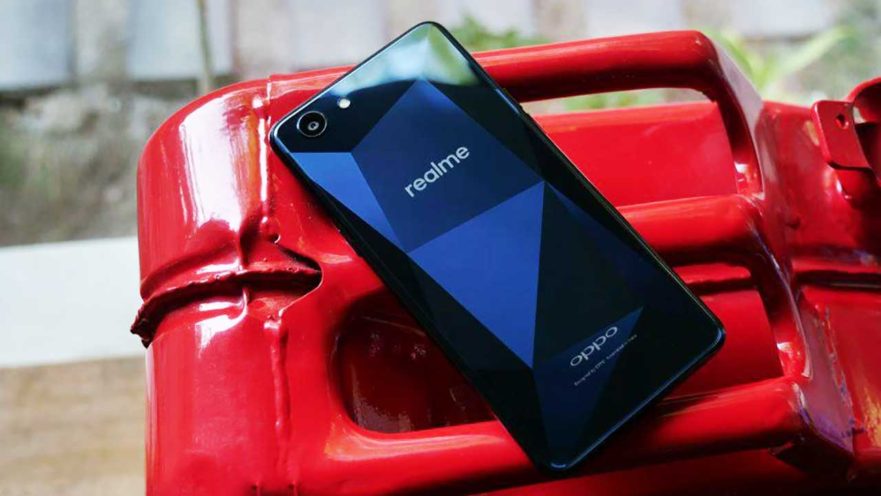 A little over two weeks ago, it was revealed that OPPO is set to take on Xiaomi in India by creating a sub-brand called RealMe. Today, the first product of the online-focused brand has become official. Meet the RealMe 1.

The pricing’s aggressive — really aggressive — for the value the phone offers, so much so that the RealMe 1’s launch could be interpreted as a declaration of war. That OPPO is serious in capturing the biggest market share in the world’s second-largest smartphone market is an understatement.

OPPO was the No. 5 smartphone vendor in India in the fourth quarter of 2017, but climbed two spots in the quarter ending March this year. Xiaomi rose to the top in the last period of 2017 and maintained its position in the most recent quarter. With the addition of its sub-brand, who knows what the ranking will be by the end of 2018. Exciting times.

On the outside, the RealMe 1 looks like the OPPO F7, a model that was launched in the Philippines on April 19, 2018, for as low as P17,990 ($343). Heck, it even has all the three color variants of the latter — Diamond Black, Solar Red, and Midnight Silver. That elegant diamond design at the rear of one of the units, of course, harks back to the good ol’ OPPO Mirror 5 days. 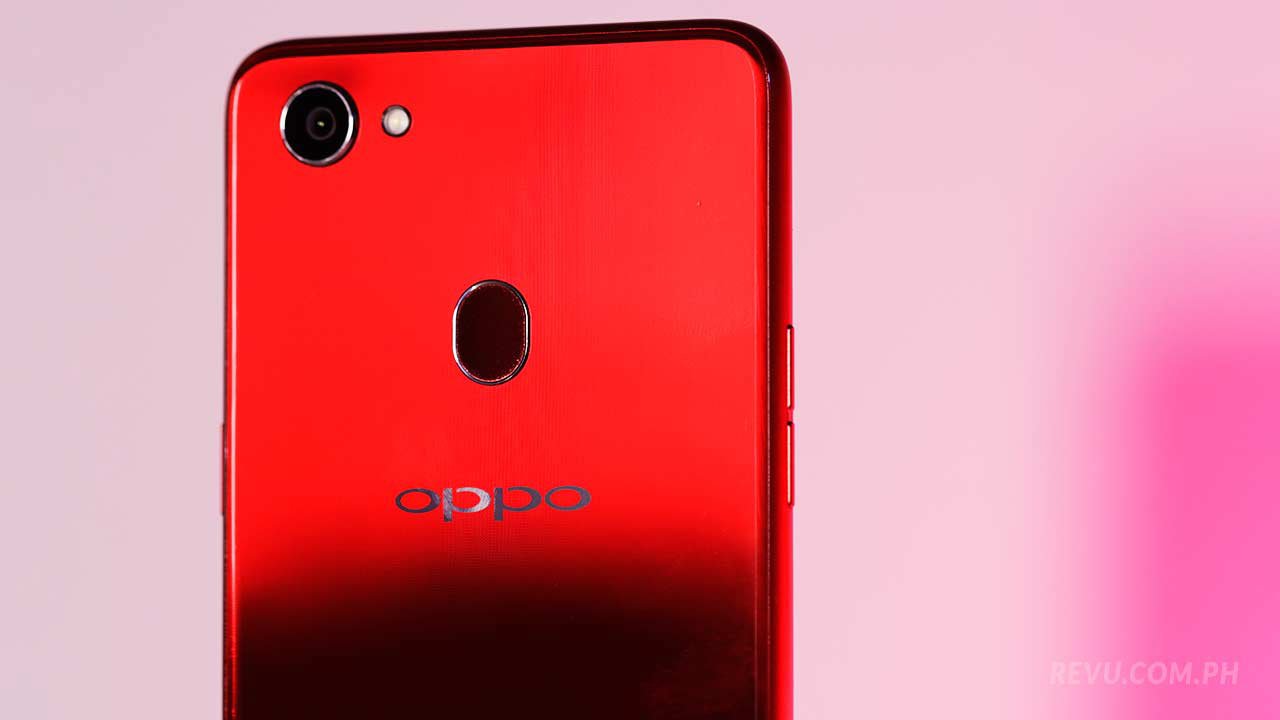 The RealMe 1 likewise get the same plastic build, acrylic back, and placement of ports and buttons as the OPPO F7.

But if you’ll look more closely, that’s where the similarity ends looks-wise. The RealMe 1 does not have a notch, something so controversial that it has divided Android users. The handset also lacks a rear-mounted fingerprint sensor; for security, you have to rely on face unlock.

We’re glad that the RealMe 1 is powered by MediaTek’s Helio P60. It’s the same artificial intelligence or AI-focused processor used by the OPPO F7, whose performance blew us away. For one, it can handle the heavy-intensive games we’ve thrown at it — at their highest settings. NBA 2K18, Black Desert… name it.

The chip is matched with 6GB of RAM and 128GB of internal storage, which you can still stretch through a microSD card with up to 256GB space. That could mean that multitasking will be a breeze on the RealMe 1.

RealMe, being a sub-brand of OPPO, gets to take advantage of the mother company’s six research and development centers worldwide and two manufacturing facilities in India, whose operations contribute greatly in bringing the RealMe 1’s prices down.

The online-only brand also gets to make use of OPPO’s more than 500 service centers across the Southern Asian country. The goal is for customers to spend less time in each of those places.

“We assure that 90 percent of all your smartphone-related issues will be solved in not more than an hour at our service centers,” RealMe CEO Madhav Sheth said.

Real quality, real service, and real style on top of honest pricing. Together, they make the RealMe 1 a disruptor, Sheth claimed. And it’s not a baseless claim.

The official launch of the stunningly powerful #realme1!

Realme 1 is a stylish combination of design and leading technology – it’s where power meets style! pic.twitter.com/Pyud4GiIQB

Launch of a disruptor

The RealMe 1 will go on sale exclusively on Amazon India starting May 25. There’s no word if the device will ever be released outside of the country. Bummer, we know.

But cheer up. Remember the ASUS ZenFone Max Pro M1, another phone that’s after the set that will likely buy Xiaomi’s Redmi Note 5 and Note 5 Pro? It was first launched in India. Now, word has it that it will make its way to the Philippines as well. Even the product page for it is already up on the company’s Philippine website. We’d like to think there’s a glimmer of hope you can glean from that case.

You may want to watch: RealMe 1 launch