No less than Honor president Zhao Ming, also known as George Zhao, had confirmed the existence of the upcoming Honor Note 10. The device, which has been in the news as of late, could be the Huawei Mate flagship to Honor’s expanding smartphone lineup.

Less than 24 hours later, we now have images of what could be Honor’s next top-of-the-line model after the Honor 10 and Honor 10 GT. These fresh screen grabs were allegedly taken from Honor’s official Chinese website before being shared for public consumption (and scrutiny) on microblogging platform Weibo. If real, the images confirm the phone’s overall design, as well as most of its key specifications. 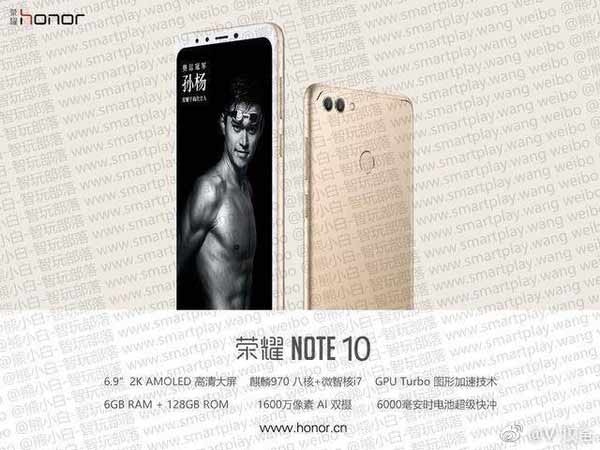 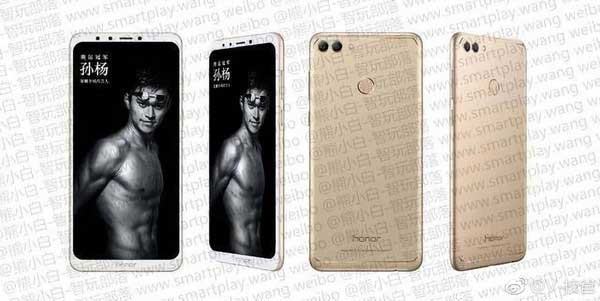 A better look at the alleged Honor Note 10

The Honor Note 10 is said to boast a 2K AMOLED display spanning 6.9 inches and almost the entire front panel. A HiSilicon 970 processor with 6GB RAM and 128GB internal memory will drive the assembly, complemented by Huawei’s GPU Turbo feature for Huawei and Honor devices. When enabled, Huawei claims the feature can improve graphics performance by 60 percent and power efficiency by 30 percent.

For taking photos using the main camera, the Honor Note 10 will be using a dual-camera setup comprised of two 16-megapixel sensors with AI technology. The phone’s top bezel suggests the presence of two front-facing cameras as well. Rounding out the rumored specs is a massive 6,000mAh battery that (thankfully) supports fast charging.

The company has yet to send out invitations to the Honor Note 10 launch event, but the fact that we’re seeing it on the interwebs more often could mean that it is imminent.