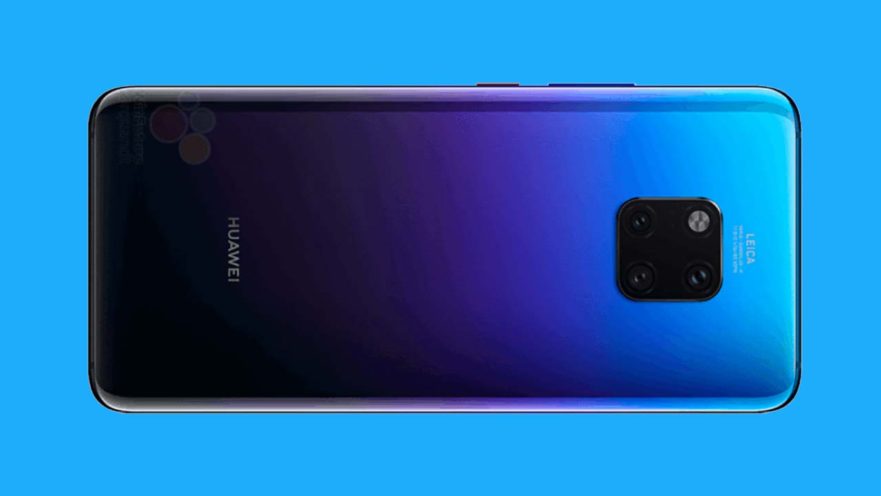 As it has often reminded us several times these past few weeks (at Apple’s expense), Huawei will announce its new Mate 20 line at an event in London on October 16.

In case you’re wondering what your color options for the Huawei Mate 20 Pro are, we may have answers as early as today. Alleged official renders of the flagship phone have leaked out, showing the Mate 20 Pro in three colors — Twilight, Pinstripe, and Classic Black. The images were first published on Winfuture.de, a German tech website.

The Twilight version, unsurprisingly, features gradient coloring, and touts a mixture of blue, purple, and black. It’s actually similar to one of the additional color variants the company announced for the Huawei P20 Pro at the IFA 2018 trade show.

The second version, Pinstripe, uses a darker shade of navy blue, which adds to the phone’s polished looks. And while the Classic Black model may not be as exciting as the other two, it does get the distinct advantage of blending the Huawei Mate 20 Pro’s triple-lens camera system with the rest of the body.

The leaked images also confirm that Huawei will continue its partnership with Leica in the imaging department, with the Leica branding placed right above the back-facing camera module this time around. Like the P20 phones, the Mate 20 Pro also gets a red power button, whereas the volume rocker will match the paint job on the housing.

Moving to the front, the device may sport a wider notch to house the selfie camera, earpiece speaker, and perhaps a bunch of sensors for face unlocking.

The screen appears to be curved as well, as rumors had previously suggested, and it should come with an in-display fingerprint sensor that Huawei debuted on the Porsche Design Mate RS. It won’t have a capacitive reader like the regular Mate 20, which will have one around the back as shown in a hands-on video that came out earlier.

Under glass-and-metal exterior, the Mate 20 Pro has been confirmed to use Huawei’s latest HiSilicon Kirin 980 processor. The chip is said to be more capable than the one housed inside the new Apple iPhone XS, iPhone XS Max, and iPhone XR.

We’ll find out for ourselves soon enough once the Huawei Mate 20 series becomes official later next month. We’re crossing our fingers that we could bring you the news as they happen on the ground in London.