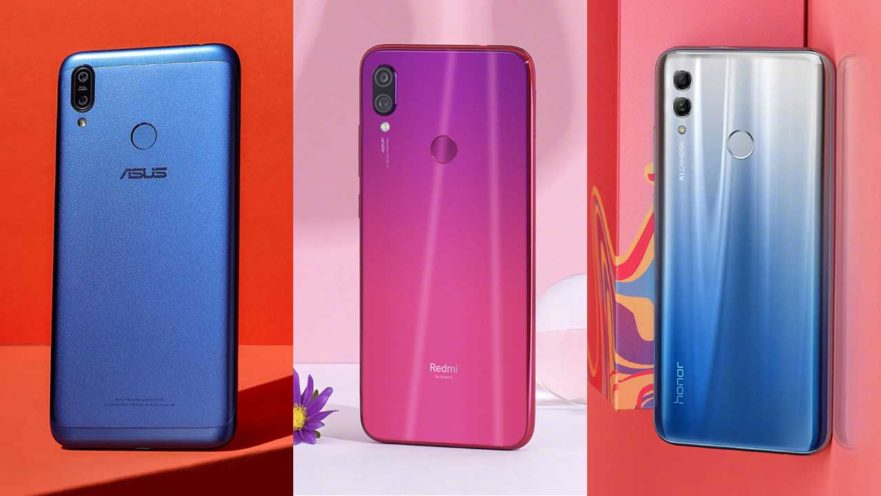 The ASUS ZenFone Max M2 is finally available in the Philippines. The phone is a lower-cost version of the ZenFone Max Pro M2, but retains the latter’s notched 6.26-inch display, dual rear cameras, and high-capacity battery, among others.

Only the base model, which pairs a Qualcomm Snapdragon 632 processor with 3GB of RAM and 32GB of storage, has been brought here. It arrives in stores with the same P8,995 ($172) price tag as the ZenFone Max M1 when it launched last year.

The ASUS ZenFone Max M2 will go up against the likes of the Redmi Note 7 and Honor 10 Lite in the Philippine market, both of which are rumored to launch at affordable price points.

But since we can only speculate on local suggested retail prices for the other two phones at the moment, we’re turning our attention more to a specs comparison that pits the Max successor against the Redmi Note 7 and Honor 10 Lite. However, we did include the latter two devices’ SRPs in China.

Comparing the ASUS smartphone to the Redmi and Honor, the ZenFone Max M2 has slightly lower specs, but is similarly offering a 4,000mAh battery that’s claimed to get you through two full days of use. Plus, it delivers an almost-stock Android experience with no custom user interface layered on top.

It remains to be seen which phone has a clear advantage when it comes to value for money. Only time will settle that debate. Don’t worry, we’ll update this article as soon as local pricing is announced for two of the three phones. First update should be on January 22, when the Honor 10 Lite is launched in the country.