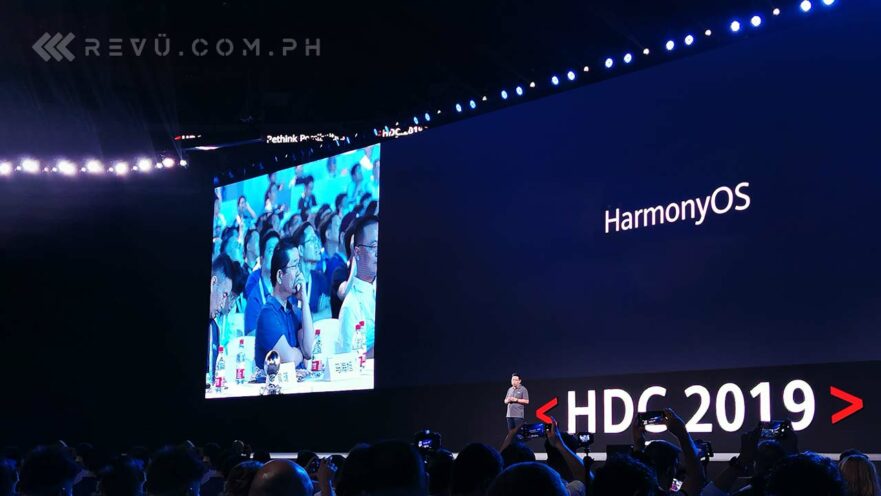 HarmonyOS — or Hongmeng, as it is called in China — Huawei’s first-party operating system built from the ground up, has been the subject of great interest since it surfaced as a possible replacement for Android if the ban on U.S. exports to Huawei is not lifted.

Thankfully, the tech giant has been given a temporary license to continue doing business with American companies, Google included, so it will continue to use Android as its operating system for smartphones and tablets, as it had previously said it would.

So Huawei’s present with Android is fine, at least for now. But its future will likely be determined by its own operating system, as well as the efforts it will take to push HarmonyOS as the preferred universal platform for all kinds of connected devices.

But what exactly is HarmonyOS? How is it different from Android? And why is the world’s second-biggest smartphone vendor willing to throw in vast amounts of time, energy, and resources into a completely new platform that might compromise its consumer business, which has been reported as Huawei’s largest source of income?

To answer these questions, we’ll share with you our takeaways from Consumer Business Group CEO Richard Yu’s presentation at the Huawei Developers Conference 2019 and mostly, from our time with Huawei Product Marketing Senior Manager James Lu both in China and here in the Philippines.

HarmonyOS is not an Android replacement

When HarmonyOS became official earlier this month, there were plenty of articles that described it as an Android alternative, or Huawei’s “other option” if it can no longer install licensed Android and run Google services on future devices.

However, even though HarmonyOS was built with smartphones and tablets also in mind, it is, for all intents and purposes, meant to be a unifying platform that can run on different device types while delivering seamless and collaborative experiences across multiple scenarios — or, at least, that’s the ideal goal for the future.

There’s obviously a ton to unpack in those claims, but, more than anything else, what struck us is that Huawei is building something that will endure past the smartphone era. Throughout the company executives’ respective presentations, it became clear that Huawei has been preparing for a future where smartphones might not be our de facto personal device.

“We’re still in the smartphone age, but maybe not in the future, right? Because we’re seeing more and more services and content delivered to us not in the form of apps,” Lu said.

He’s probably right. If you ask people in the industry what they think the future of consumer devices will look like, they’ll probably give you a scenario where devices are connected to one another and in sync at all times, such that you can move from one piece of hardware to the next without disrupting the user experience. Devices can communicate and interact with each other with zero problems because they share a common, universal platform with a shared app ecosystem.

HarmonyOS was designed and will continue to be developed for a possible better future, better than that offered by any current Android-based hardware. This brings us to our next takeaway.

HarmonyOS is technically better than Android

If you’re familiar with the history of Android, you’ll know that the Linux-based kernel it uses was originally created to be deployed on traditional PCs and servers that had different capabilities for different types of tasks. In other words, it wasn’t designed for smartphones and other contemporary hardware.

And this, Lu claimed, makes Android an inefficient option for low-power hardware with limited processing power like wearables. “Android has 100 million lines of code. The kernel has 20 million lines of code from Linux. But only 8% of them is used by Android constantly. All the others are taking up resources on a device,” Lu commented.

Inefficiency, redundancy, and a mismatch of resources to tasks are partly the reasons why modified Android operating systems sometimes run poorly on devices with lower processing power. Think Google’s Wear OS, a custom Android-based operating system for smartwatches; we hear constant complaints that Wear OS hardware is not as responsive as other watches running alternative platforms. The battery life is dismal, too.

Even Google is well aware that Android isn’t a one-size-fits-all solution that can work on most any hardware, hence the development of Fuchsia. Google’s Fuchsia is a completely new operating system revolving around the idea of being able to do what you want on whatever device you have.

Google is well aware that Android isn’t a one-size-fits-all solution that can work on most any hardware, hence the development of Fuchsia

HarmonyOS has more in common with Fuchsia in that regard, and both use a microkernel architecture, which implies they can be modularized, decoupled, and deployed more easily on a variety of devices with more or less the same software experience.

Lu mentioned that HarmonyOS can be broken down into smaller components and can be pieced together like Legos to support future devices and device categories and enable specific features and functionality. This will also give a manufacturer tighter control over the software and hardware integration in its products, allowing it to squeeze more out of less power, something Apple has done very well for a long time.

The modular concept applies to system management as well, with resources being allocated proactively and where they’re needed most. High-priority tasks, such as apps the user is interacting with, will be given dedicated resources that won’t be used by other tasks.

Apps for HarmonyOS should work fine across desktop, mobile, and other form factors, although the user interface will probably differ between devices. A music-streaming app for smartphones and tablets based on the OS, for example, could have the ability to display the lyrics to a song, while in-car systems running the same platform wouldn’t be able to (because you’re not supposed to be looking at lyrics when driving, anyway).

SEE ALSO: Watch: Europe? No, this is Huawei’s campus in China

For those looking to modify HarmonyOS for their own devices, it seems like that won’t happen, unfortunately, as Huawei confirmed it will not allow root access to the system because it can result in a security vulnerability. Huawei said it will gradually adopt an open-source arrangement, though, allowing others to expand on it or develop their own fork of the OS.

It also bears noting that HarmonyOS microkernel contains much less code — roughly one-thousandth the amount of Android’s Linux kernel — so the possibility of a security breach is significantly reduced.

HarmonyOS isn’t the present, but it is Huawei’s future

Huawei’s first-party OS sure looks promising on paper, but it still has a long way to go before it can be talked about as a viable option for the consumer electronics segment at large. In fact, the only products that come loaded with HarmonyOS now are, interestingly enough, TVs made by Honor, a Huawei subsidiary.

Over the next couple of years, however, Huawei promises HarmonyOS will be dramatically improved and adopted across various product categories, including but not limited to PCs, smartwatches, headphones, speakers, and infotainment systems for vehicles. Smartphones and tablets made by Huawei will continue to use Android as long as the manufacturer is allowed, though.

Yet Huawei is also fully aware that it can’t rely too much on foreign software made by a foreign company and on the whims of a fickle head of state if it wants to get to where it wants to be by 2021 — at the top of industry.

And as much as Huawei says it’s sticking with Android for the foreseeable future, it knows Android, at a fundamental level, isn’t built to be a universal platform, especially not in its existing form. HarmonyOS is, and it will play an increasingly greater role in the tech giant’s future as it transforms itself into a self-sufficient company that has full control over its hardware and software ecosystem like Apple. That will be a scary thought for the rest of the industry.