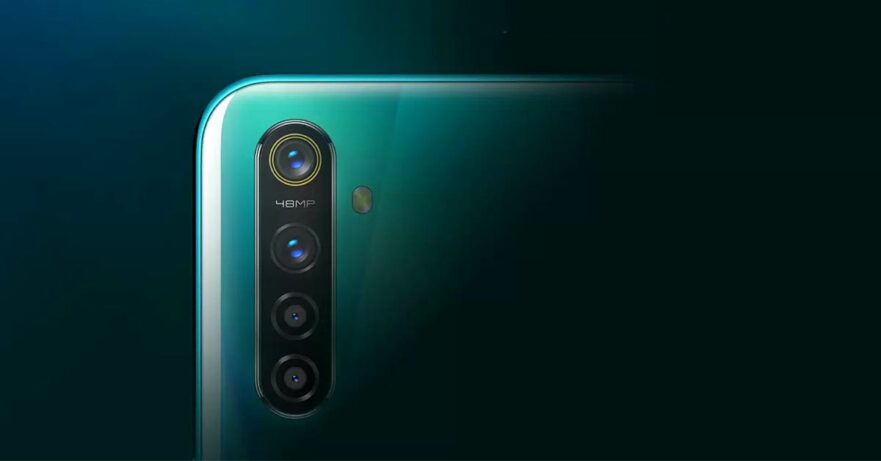 We know so little about the Realme 5 and Realme 5 Pro, which will debut in India August 20. Until recently, that is.

Expand your perspective and see it all with the Ultra Wide Angle lens on #realme5series.
Get ready to #JoinTheReal5quad and watch the launch live at 12:30 PM, 20th August. #LeapToQuadCamera
Know more: https://t.co/IczXkhy4lB pic.twitter.com/VhsbMTnxIy

Not only have we learned of their design (see above) and key specs, but we’ve also known that one of them — the non-Pro model — will be priced under ₹10,000 (around P7,367 or $140). This will make the Realme 5 the first quad-camera smartphone in that segment in the Southern Asian country.

The higher-specced phone in the series boasts a 48-megapixel Sony IMX586. The sensor is paired with an ultra-wide-angle lens with a 119-degree field of view; a super macro lens with a 4cm focal length; and portrait lens.

The Realme 5 Pro gets a 48-megapixel Sony IMX586 sensor

It is powered by a still-undisclosed Qualcomm Snapdragon processor and has a battery that supports 20-watt VOOC Flash Charge 3.0 fast-charging technology, allowing you to get 55% of juice in just 30 minutes.

The cheaper of the two features four rear cameras as well, with the main one a 48-megapixel sensor, too — just not a Sony IMX586. However, the primary lens does have an f/1.8 aperture and a 1.25um pixel size, which, in theory, should be great for taking low-light pictures.

SEE ALSO: Android Q on the Realme 3 Pro: How to install, 1st impressions and Realme 3 vs a flagship phone: Night-mode pictures

The former OPPO sub-brand has confirmed that the non-Pro model has a Snapdragon chip inside also, but has stopped short of saying what it is. However, a listing on cross-platform processor benchmark Geekbench already revealed yesterday an RMX1911 smartphone with Qualcomm Snapdragon 665 and 4GB of RAM.

The Realme 5 is also verified to carry a 5,000mAh battery, the company’s biggest yet.