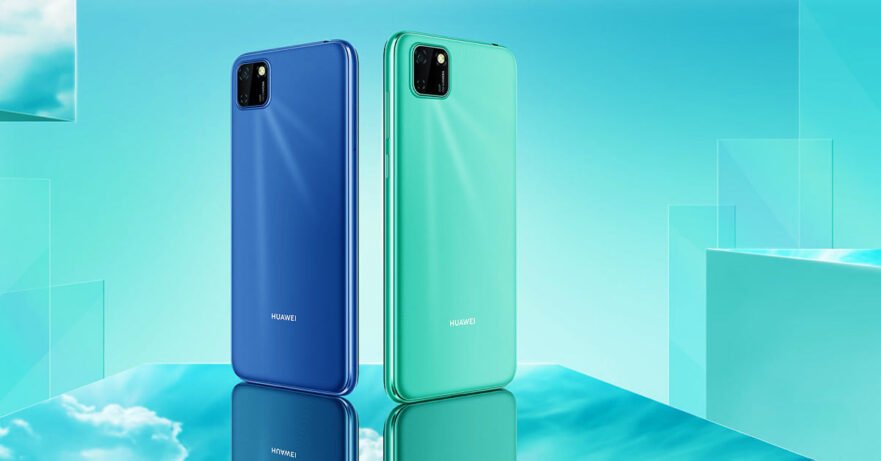 After launching premium and mirange devices, Huawei Philippines has turned to the budget segment and announced three new entry-level products.

(Update, June 28: Our review of the Y5p is up! Read Huawei Y5p review: Is it a decent starter phone?)

Starting tomorrow, May 22, until the 31st, you may already preorder one of them — the Y6p. Early adopters get a free Bluetooth headset, VIU membership for three months, 15GB of Huawei Cloud Storage for a year, and copies of mobile games Lords Mobile, Rise of Kingdoms, Saint Seiya, and Naruto. The freebies are worth a total of P7,264 ($144). Crazy, right?!

The Huawei Y5p’s front design may look like a blast from the past, as can be seen in the feature image of this article. But the back? At first glance, you’d think the handset is the mid-level Huawei Nova 7i, thanks in large part to its squircle camera.

The Y5p covers the basics and still gets the latest version of Huawei’s user interface — EMUI 10.1 based on Android 10 — with AppGallery, which is the No. 3 app store worldwide. It should be great for someone who needs the essentials or who’s fairly new to the smartphone world.

The Huawei Y6p has “big” things going for it: large storage for an entry-level phone at 64GB — paired with 6GB of RAM — and a large battery rated at 5,000mAh, which you can use to charge other devices.

For its price, you already get three cameras on the back; a display that measures 6.3 inches and has a dewdrop notch, so you’ll have more screen for when you’re gaming or watching movies; and two eye-catching colors to choose from, though there’s still the black variant for those who want something minimalist.

Of course, there’s EMUI 10.1 with AppGallery, too. You can already download many of the top applications from the platform.

If you’re looking for a tablet that’s easy on the budget, you should take consider the Huawei MatePad T 8. With 4.9mm side bezels, an 80% screen-to-body ratio, and a panel that measures 8 inches, you’ll get more room for immersive viewing of content.

We think it’s perfect for parents with young kids, too. Why? The tablet comes with educational tools, parental controls, and enhanced Eye Comfort Mode, making it a safe space for children.

Online launch of the three devices in the Philippines, with the Huawei Y6p as the highlight, in case you missed it