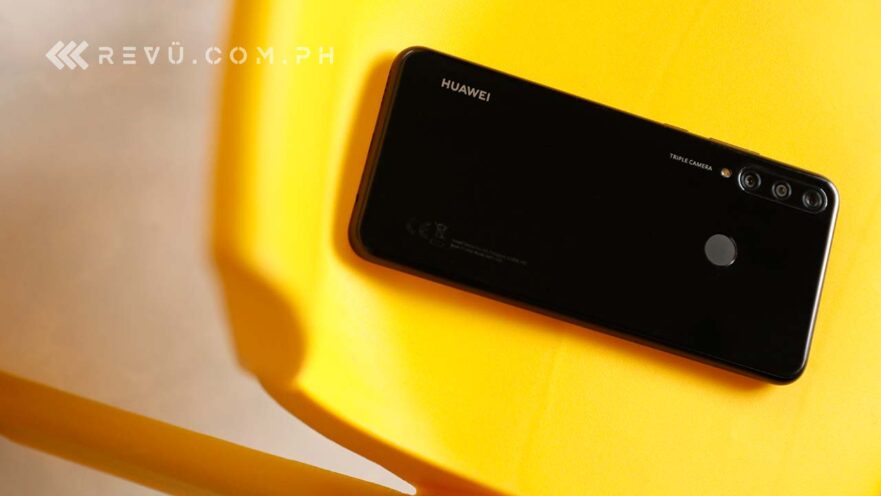 Budget phones have come a long way in recent years. The few thousand pesos you’ve put away for a smartphone can get you a lot more. The Huawei Y6p is an example of that, with some understandable compromises and a few pleasant surprises. We’ve put this bank account-friendly handset through its paces to let you know what you can expect from it.

For bargain tech hunters, the Huawei Y6p comes at an enticing price of P5,990 (around $118). In the Philippines, the phone is now available for preorder until May 31 from authorized retailers and partner stores.

If you get it within the preorder window, the Huawei Y6p comes with a gift bundle worth P7,264 ($144), which includes a Bluetooth headset, 15GB of cloud storage for 12 months, and premium access to Viu streaming service for three months.

The Huawei Y6p will not stand out because of its looks. It looks “basic” and austere, a rectangular slab with an almost flat profile and rounded edges. The smooth, glossy back is only slightly interrupted by a tiny camera bump, allowing you to put the phone on a surface without it tilting on one side.

Huawei surprisingly ditches gradient color options for the Y6p. Our test unit comes in the solid Midnight Black option. Besides the gloss that is greedy for smudges and fingerprints, you get a simple polycarbonate finish.

Yes, the Huawei Y6p is made out of plastic. It’s not trying to convince you otherwise. It’s slightly thicker too, but we think that’s because of the bigger battery on this handset. You can get a good grip on this phone, and it’s a good size for one-handed use, even for those with slightly smaller hands.

The Huawei Y6p sticks to the button-and-port layout, too. The volume rocker is on top of the power button on the right, the triple-card slot (two for SIM cards and one for microSD) on the left. There is a mic at the top. There’s also one at the bottom of the smartphone, joined by the speaker grille, microUSB port, and 3.5mm audio jack. You run the risk of covering the speaker grille when you have the phone in landscape, so be wary of that.

The triple-camera setup takes up the upper left corner of the device’s rear with a flash below it and the words “triple camera.” At the bottom left, you get the Huawei logo. The words are placed vertically so that when you have the phone in landscape (say, when you’re taking a photo), you can read those easily.

Huawei surprises us by adding a fingerprint scanner at the top center. It’s uncommon to find this sensor in budget phones, so we welcome the addition. There are varying opinions on the best place to put a fingerprint sensor, but we won’t get into that. At least it’s reachable, even with just one hand.

The screen in front keeps relatively thin bezels on the side, a slightly thicker chin, and a small waterdrop notch for the camera.

The Huawei Y6p has a decently sized LCD screen, which measures 6.3 inches diagonally and has an HD+ resolution. It’s not the brightest or crispest display, but we’re not expecting it to be anyway.

The Y6p does offer some features to make it easier to look at the display for extended times. There’s Eye Comfort mode, which helps prevent eye fatigue; eBook mode, which makes it easier to read long text on the screen; and Dark mode.

You can adjust the screen’s color temperature, choose which apps get to use the full-screen/cutting into the notch, and hide/un-hide the cutout.

The Huawei Y6p sports triple cameras on the back with a 13-megapixel, f/1.8 main shooter; a 5-megapixel ultra-wide option with a 120-degree field of view; and a 2-megapixel depth sensor for portrait-style pictures. The front camera is 8 megapixels and has an f/2.0 lens, as well as face detection for sharper selfies and screen flash, which should prove handy in low-light settings.

The primary camera is capable of taking good shots with enough detail and decent color reproduction. Auto-focus works quickly in bright areas, but we’ve noticed it struggles a bit when you’re trying to get as close as possible and understandably when you’re in an area with less lighting. When you zoom in, which the phone allows you to do so until 4x, you get a good amount of detail if you’re out where it’s sunny and bright. Take photos zoomed in, and you lose a lot of the details.

The camera app has the basic modes you’ve come to expect. There’s Aperture, Beauty, HDR, Panorama, and Pro modes. You can take wide-angle shots with fisheye distortion from the main Photo mode. With a lower-resolution camera, you do lose some details when you take pictures using the ultra-wide sensor. But if you like shooting landscapes or big groups, that mode will come in handy.

Portrait mode/Aperture mode can successfully isolate the subject from the background, save for some edges that come out a bit weird. Given that the Huawei Y6p is a budget device, you seem to get more flexibility than expected with the kinds of photos you can take.

Huawei had to cut things out, and unfortunately, this means handy features like a dedicated Night mode and scene- and object-detection are not available here. It’s not the kind of camera you’d want to use when there’s hardly any light out. 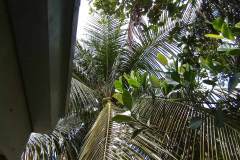 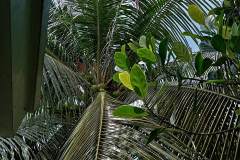 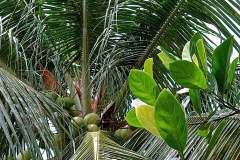 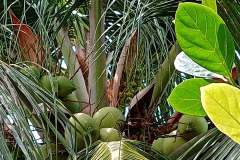 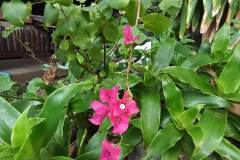 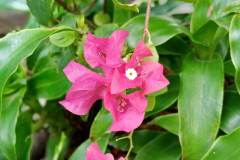 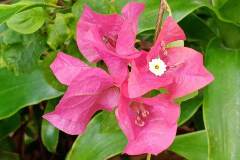 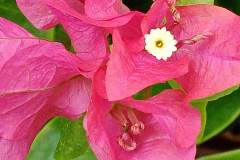 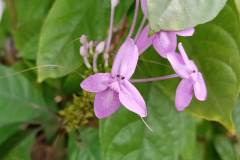 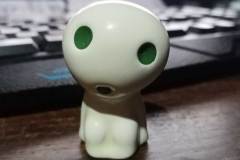 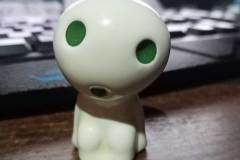 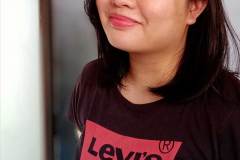 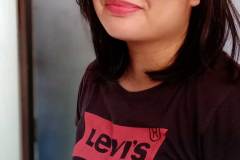 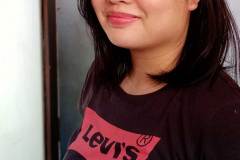 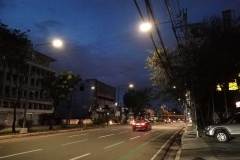 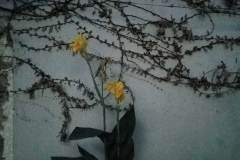 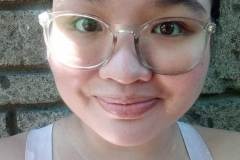 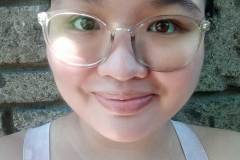 For videos, the Huawei Y6p can shoot 1080p at 30 frames per second using both primary and secondary wide-angle lenses. Selfie videos max out at full HD, too. Without any stabilization, handheld videos can be shaky.

The front camera isn’t the best, but it will get the job done. There’s a basic beauty mode to help smoothen out your imperfections.

Under the hood, the Huawei Y6p is powered by an octa-core MediaTek Helio P22 chipset, which features two clusters of Cortex-A53 cores and GE8320 graphics running at 650MHz. Our unit pairs 4GB of RAM with 64GB of built-in, expandable storage. It’s one of the highest memory configurations we’ve seen at this price point.

A standout feature of this handset is it’s one of the first low-cost models from Huawei to ship with the latest EMUI 10.1 software based on Android 10 out of the box. This smartphone doesn’t come with Google Mobile Services or Google apps preinstalled. Instead, it uses Huawei Mobile Services, which includes AppGallery, the company’s app-distribution platform.

We’ve talked about it in our Huawei Y6p first impressions already that for the software you can’t find, you use third-party app-distribution platforms or get the apps from official sources. There are many app suggestions when you set up the Huawei Y6p for the first time, including a lot of local ones to make sure you have access to services and apps you need.

Running on EMUI 10.1, you get many of the software features found in the latest Huawei devices, except for Huawei MeeTime.

One other surprising thing about the Huawei Y6p is the inclusion of a rear fingerprint scanner. It’s still uncommon to find one in a device priced this low. And it works as advertised, making it easier to unlock the phone. You can also choose to use face unlock with the front-facing camera, but it won’t be as good as high-end phones with dedicated sensors. The option is still there if you want it.

It’s a relatively smooth experience using the phone that we sometimes forget it’s a budget device. We can easily work on it. Part of this review was even written on the phone itself. With the option for gesture navigation, it’s simpler to get around.

SEE ALSO: Top 10 photo- and video-editing apps on the AppGallery

We only noticed the Huawei Y6p heating up when we had a YouTube video playing for a few hours. But otherwise, this handset keeps its cool.

Casual gaming isn’t a problem here. We can play Asphalt 9, Nitro Nation, and Looney Tunes World of Mayhem in their default visual modes. Don’t attempt to push the Helio P22’s capabilities of handling heavy workloads, though. It’s not going to be a joy to game on this phone then.

When you watch videos and listen to music, make sure to use headphones. The audio coming out of the speaker is passable at best. You’ll get more out of the audio if you listen through earphones.

The large-capacity 5,000mAh battery is an attractive draw, and it promises to last you a while. During our tests, we got around eight hours and 12 minutes of screen-on time. That’s with spending at least half or more of that streaming videos, which means you can get more if you’re just browsing your social networks or other less demanding tasks. We played Asphalt 9 continuously for an hour with the screen’s brightness maxed out, and it just consumed around 8% of the battery.

We played Asphalt 9 continuously for an hour with the screen’s brightness maxed out, and it just consumed 8% of the battery

Unfortunately, the Huawei Y6p only comes with microUSB charging. It’s expected at this price point, so prepare for long charging times. The supplied 10-watt charger can juice up the handset from 0% to 100% at two hours and 20 minutes. We checked around an hour and 15 minutes in, and the battery was charged to 63%.

An extra handy feature is you can use an OTG cable to let the Huawei Y6p charge your other devices.

It’s not hard to appreciate what Huawei has put into the Y6p. It’s a solid budget phone that offers more than what you pay for it. You get excellent value from the 4GB RAM + 64GB storage configuration, big 5,000mAh battery, and decent triple rear cameras.

We stand by our initial impressions of the phone. If you can live without having access to some Google apps and just need to use the phone for some casual gaming, a bit of mobile work and social media, and tons of media consumption, the Huawei Y6p might just be the phone for you.