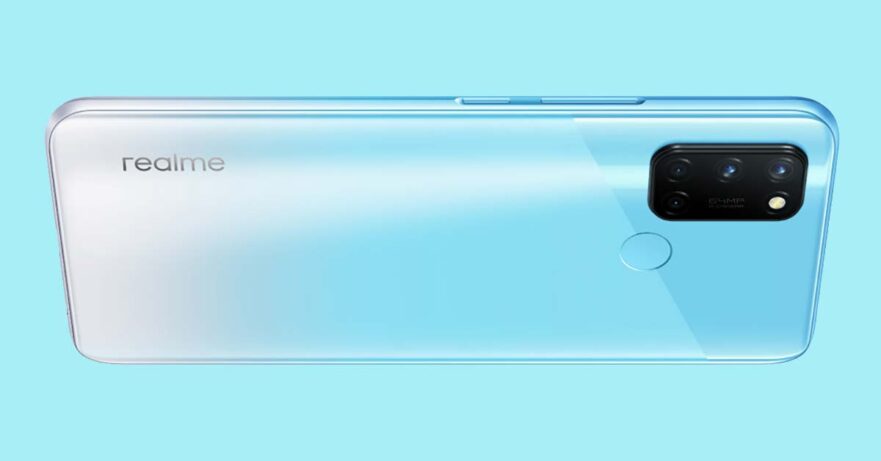 Another member of the Realme 7 series is set to launch in Indonesia September 17.

The debut of the Realme 7i, which is most likely the most affordable member of the lineup, follows the announcement of the Realme 7 and Realme 7 Pro in India barely a week ago. Given that the Realme 6i, Realme 6, and Realme 6 Pro were released in the Philippines, all of the successors might be sold locally, too, perhaps as an opening salvo for the fourth quarter of 2020.

SEE ALSO: Big leap: How Realme plans to sustain gains in 2020 and beyond

Based on the product listing at the brand’s official store on Lazada Indonesia, the Realme 7i’s highlights include a 64-megapixel AI quad camera, a big battery rated at 5,000mAh, and a fast 90Hz screen. Two colors — Champagne and Jade — will become available at launch.

The accompanying images reveal smartphone has a two-toned gradient design, with the upper part being glossy and the lower, frosted. A physical fingerprint sensor is located at the upper center, near the rear-camera module. The front, on the other hand, has a single punch hole for the selfie camera.

A leaked specs sheet shows the Realme 7i is powered by an 11nm Qualcomm Snapdragon 662, the same chip that’s inside devices such as the OPPO F17, which was unveiled in India just a few days ago.

The device supposedly features 8GB of RAM, 128GB of storage, a 6.5-inch display with a 1,600 x 720 resolution, a 16-megapixel front-facing camera, and 18-watt fast charging. The 64-megapixel sensor on the back is said to be assisted by an 8-megapixel shooter — likely for ultra-wide shots — and two 2-megapixel lenses.