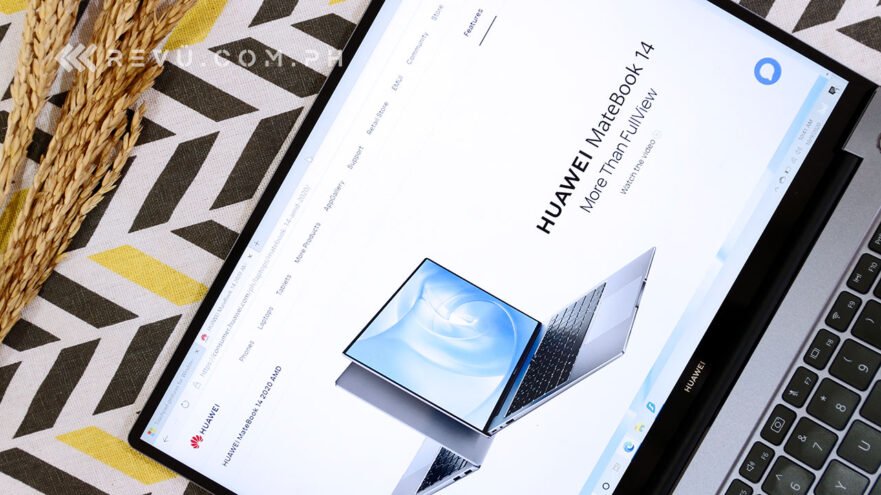 The higher-end model gets an AMD Ryzen 7 4800H chip. The new Ryzen 4000H series processors are based on AMD’s Zen 2 architecture, which is designed on a 7nm manufacturing node for better overall performance and efficiency compared with previous generations.

Both laptops also arrive with dual-channel 16GB DDR4 RAM, 512GB of PCIe SSD storage, and integrated Radeon graphics. They share a 56Wh battery that, according to the global tech giant, can last a full workday on a single charge, and is rated for up to 10 hours of continuous video playback at full resolution.

The Huawei MateBook 14 2020 Ryzen Edition is equipped with a 14-inch non-touch IPS screen with a 2K resolution and an aspect ratio of 3:2, which makes it great for viewing documents and browsing the web compared with 16:10 laptop displays.

Details for the Philippine market

You can buy it starting tomorrow, October 10, from all channels and Huawei stores. Purchase it anytime until October 24, and you get freebies worth P11,998 ($248): the sleek-looking Huawei Classic Backpack and the value-for-money Huawei FreeBuds 3i.

You can take advantage of easy payment plans offered by major bank credit cards — up to 24 months of installments with 0% interest.

The first thing that pops out is the retail box. Huawei has made a new packaging for its MateBook series laptops, with an all-white cardboard box as opposed to a plain brown one. There’s little branding all around; you get the Huawei MateBook series logo on the front instead. The top of the box includes a plastic handle for convenient carrying.

Inside, you’ll be greeted by a Quick Start guide and the hardware itself, protected by some styrofoam padding, of course. Moving to the side, you’ll find a small-ish 65-watt power brick and a separate charging cable with USB-C plugs on both ends in a plastic pouch.

The 65-watt charger is the same one Huawei ships with other MateBook notebooks and supports multiple voltage outputs for charging smartphones and tablets. We personally use it to top up our Huawei P40 Pro Plus and MatePad Pro; it’s so much more convenient that way. Besides the bundled charger and cable, there are no other inclusions in the retail box.

Now, here’s the Huawei MateBook 14 2020 Ryzen Edition in the flesh. The color variant is called Space Gray. Unfortunately, it’s the only one Huawei will offer, for now at least.

Let’s take a look at the MateBook 14 with the lid open. Again, the IPS panel here measures 14 inches across and runs at a resolution of 2,160 x 1,440 pixels. It’s plenty sharp and the maximum brightness — about 300 nits, according to Huawei — is enough to maintain visibility outdoors. Even better, the display has received the TÜV Rheinland certification for low blue-light emission.

The screen doesn’t tilt all the way, but at the maximum allowed, it can go pretty far back. Still, you can’t use this laptop as a tablet like some others.

The keyboard is comfortable to type on, but there’s no full number pad; the keys are well-spaced; and there’s backlighting for better visibility at night.

The touchpad feels quite luxurious and is spacious enough that you can drag the pointer from one edge of the screen to the other without running off the edges. It is powered by Windows precision drivers and supports gestures and multifinger swipes.

The recessed 720p camera for video chat and virtual meetings sits between the F6 and F7 keys and needs to be pressed in order for the camera to pop up. The right-hand side features two full-size USB-A 3.2 Gen 1 ports. On the left, you’ll find a USB-C charging port, a 3.5mm combo audio jack, and an HDMI interface for external screens.

We like that the underbelly of the laptop doesn’t get too hot to potentially scald our thighs, even during intense workloads.

We’ll be back with more MateBook 14 content in the coming days, so check back here for more thoughts and opinions about Huawei’s latest Windows 10 machine. In the meantime, you may want to check other MateBook series deals below.