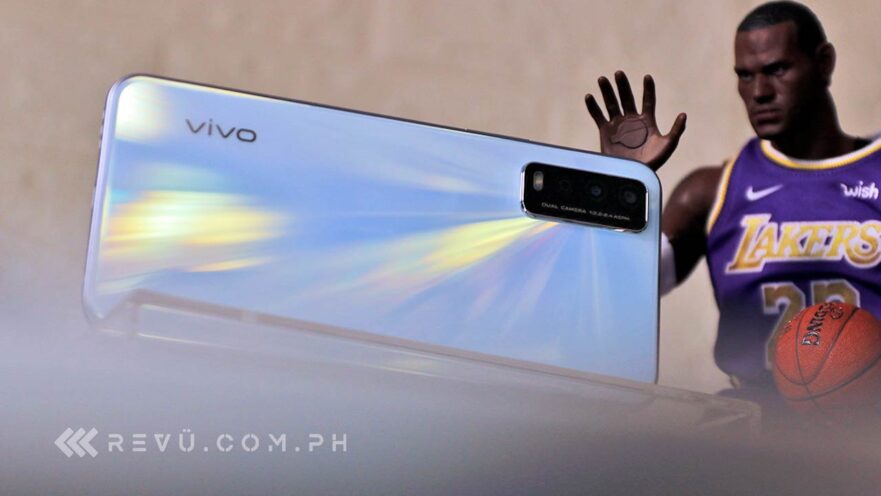 The Vivo Y20i is one of the most interesting phones to come out of Vivo‘s stable recently. It’s the first smartphone in the Philippines to launch with a Qualcomm Snapdragon 460 under the hood, not to mention it looks better than most budget phones on the local market, sharing a similar design language with Vivo’s higher-end models.

Then there’s the price. The Vivo Y20i costs P7,499, or roughly $155 in U.S. currency. That, coupled with the phone’s attractive design and modern feature set, makes the Y20i a pretty good option in the segment. It’s something a lot of people seem to agree on based on the high volume of preorders (more than 30,000) Vivo Philippines received for its latest handset in just three days.

But what about that Qualcomm Snapdragon 460, which will go toe to toe with MediaTek’s entry-level G series, including the Helio G35? Today, we’re taking a closer look at the Vivo Y20i’s fresh-off-the-pipeline chipset to find out how it fares both in terms of gaming and synthetic benchmarks.

We’ll start with the benchmarks. We downloaded and installed the latest versions of Antutu Benchmark, 3D Mark, and Geekbench 5 on our unit and got the following results:

Keep in mind that the only variant sold in the Philippines comes with 4GB RAM and 64GB storage. All our tests were done on a device with the same configuration. Another thing to note is that the local version of the Vivo Y20i doesn’t have a third camera on the back; the main camera is 13 megapixels, while the secondary shooter for more accurate depth sensing in Portrait mode has a 2-megapixel sensor.

We also tried to run PCMark’s battery test on our phone. However, we always ended up with an error, possibly owing to the new chipset. It probably won’t set any endurance records, but the battery life is good for at least a full day of normal use.

Based on the tests we were able to do, though, the Qualcomm Snapdragon 460 is a good chipset at this price point, beating the scores posted by phones like the Redmi 9C and Realme C15, which are powered by a MediaTek Helio G35. By extension, the 460 is also more powerful than the Helio G25, as far as benchmarks go at least.

This is not surprising, considering how more advanced the Snapdragon 460 is compared to the Helio G35, despite the latter’s positioning as a gaming-focused chipset for budget devices. After all, the former is built on an 11nm process and combines four Cortex-A73 cores with four power-saving Cortex-A53 cores for less intensive tasks. By contrast, the G35 is a 12nm chip with eight Cortex-A53 cores.

In day-to-day tasks, the handset feels reasonably responsive and satisfying to use and can handle multiple open apps in the background. Overall, we’re impressed with the Qualcomm chip inside the Vivo Y20i. It certainly helps that the phone has more-than-enough memory for all except demanding users.

As for gaming performance, the Y20i is pretty surprising when you consider how much it costs. It can run heavy games like Genshin Impact, which plays smoothly and looks fantastic on the phone’s hardware. NBA 2K20 and Call of Duty: Mobile run fine as well.

We didn’t encounter issues with Mobile Legends’ updated graphics. Unless you’re expecting consistently smooth frame rates at high detail settings, you won’t be disappointed with what the Y20i is capable of, at least based on what we’ve seen so far.

Like Vivo’s other recent models, the Y20i has the Game Assistant feature, which includes a dedicated Esports mode. Esports on the Vivo Y20i currently supports Mobile Legends: Bang Bang and PUBG Mobile. In case you’re not familiar, this setting optimizes the gaming experience for select games on the device by closing background apps during gameplay.

It’s not every day that we encounter a budget handset that can handle the games we play without huge compromises. In this regard, the Y20i impresses and could easily earn our recommendation for anyone after a well-priced phone to upgrade to in 2020.

We’ll be back with our full review of the Vivo Y20i in the coming days, so stay tuned for that if you want to find out how the rest of the smartphone performs and feels to use.