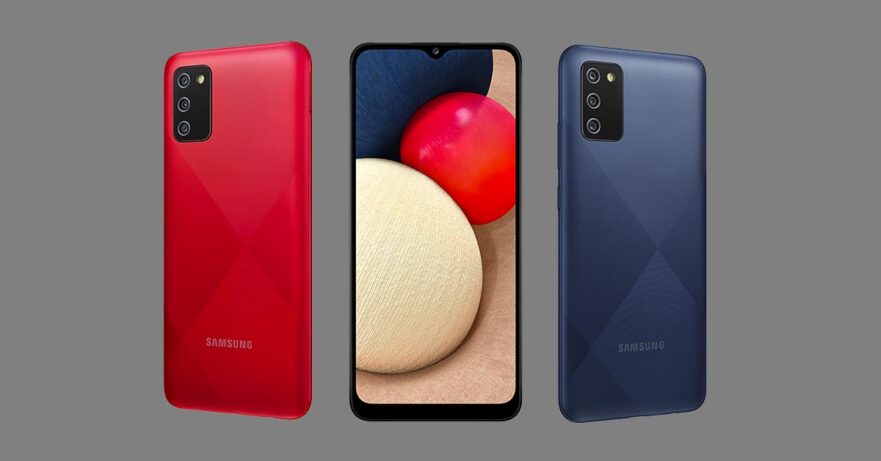 Remember the pair of budget Galaxy phones that was announced a few weeks ago, with availability scheduled for the first quarter of 2021?

We already spotted the former on Samsung‘s Philippine website in end-November. Today, the support page of the cheaper model has gone live on the local site, too. This only means one thing: that the Galaxy A02s is going to be released in the country as well.

The smartphone is meant as a starter or secondary phone, so if you’re looking for something powerful but not a flagship-level unit, then scurry along; this Galaxy is not meant for you. You may want to choose from handsets such as the Samsung Galaxy A42 5G, the Korean company’s most affordable 5G phone to date.

The A02s features a 6.5-inch HD+ TFT screen with a selfie camera inside the waterdrop notch. The battery is rated at 5,000mAh and supports 15 watts of charging. On the upper-left side of the rear panel is a rectangular module with three cameras in it: a 13-megapixel main shooter assisted by 2-megapixel depth and macro sensors.

The chip of the Samsung Galaxy A02s is unspecified, but we do know that it’s an octa-core one clocked at 1.8GHz. There’s one memory configuration: 3GB of RAM and 32GB of storage, which can still be expanded up to 1TB via a microSD card.

European pricing for consumer-electronic goods is higher, so the A02s should be cheaper in the Philippines. There are currently two models that are of the somewhat-same mold as this entry-level Galaxy. One is the Samsung Galaxy A01, which is retailing at P4,990 ($104), and the other is the P3,990 ($83) Samsung Galaxy A01 Core.