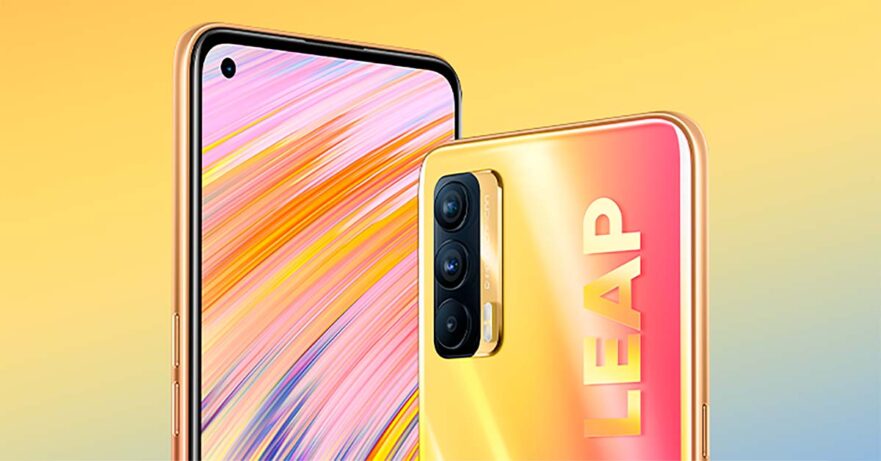 Finally, something new from Realme. The fastest-growing smartphone brand has revealed the name, design, and launch date of the device previously known as Realme Koi.

(Update, January 7: And the Realme V15 5G phone has been launched!)

The company has announced on Chinese social media platforms Weibo and WeChat that the Realme V15 5G will debut in China three days from now, on January 7. It will be the third member of the series after the Realme V3 and V5, which were the cheapest 5G phones at their respective launches. In the brand’s own words, the lineup is “mainly for solving low battery anxiety in the 5G era with flash charging and mega battery, enabling better 5G experience.”

Just like fish that its (code-)named after, the Realme V15 5G is colorful. The image teasers show a handset in a mix of yellow, red, and blue shades. There is that familiar “Dare to Leap” tagline — a huge one — carved on the back. The camera module has three sensors, with “64MP AI camera” seen beside the LED flash. And the screen has one punch hole for the selfie shooter on its upper-left side.

Besides the camera part, Realme has not revealed any other specs just yet. However, previous leaks stated the handset is powered by a MediaTek Dimensity 800U processor, supports 50-watt fast charging, and weighs 176 grams. You can also see what’s believed to be an actual unit below.

We’re not sure if this will ever be released outside China — in the Philippines, particularly. But it would be nice if it did.