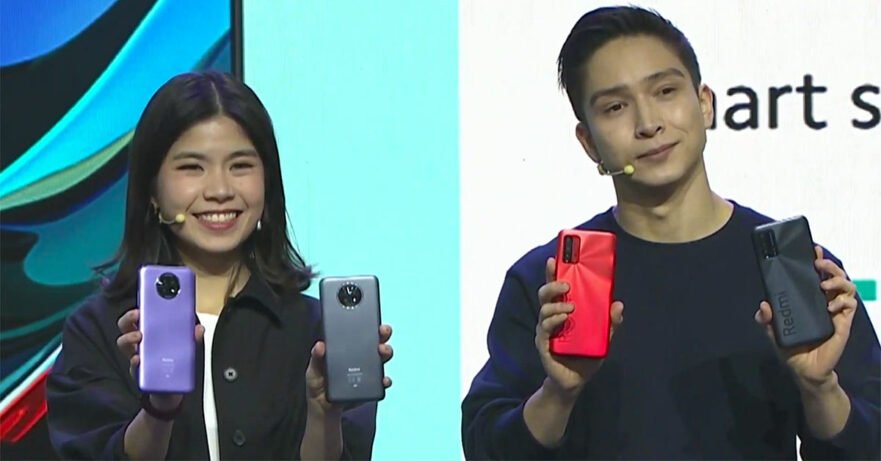 At its global launch event today, January 8, Xiaomi has taken the wraps off the first Redmi smartphones to go official in 2021, one of which is confirmed to arrive in the Philippines.

(Update, January 27: The Xiaomi Redmi 9T has been launched in the Philippines!)

(Update, January 19: The Redmi Note 9T 5G listings we spotted — complete with prices — indicate the affordable 5G phone is launching in the Philippines, too!)

(Update, January 12: We spotted the Xiaomi Redmi 9T’s local price ahead of its availability in the Philippines!)

The Redmi 9T and Redmi Note 9T 5G — also known as the Redmi Note 9 4G and Redmi Note 9 5G in China — have been announced for the international market. And the local unit has informed us that the more affordable 9T will be in the Philippines soon.

Available in Sunrise Orange, Carbon Gray, Ocean Green, and Twilight Blue color variants, the Redmi 9T wants to “disrupt the entry-level smartphone segment with exceptional performance and multi-day battery life.” Xiaomi itself calls it its latest entry-level king. It could be. Globally, the device starts at €159 (around P9,375 or $195) and should be cheaper in regions outside Europe. Here’s the list of prices:

For that pricing, you get a 48-megapixel quad camera on the back, a new movie-frame feature that makes pictures look more cinematic without editing, and a new time-lapse function that offers various speed and duration values for shooting.

The Redmi 9T boasts a big battery — one that’s rated at 6,000mAh and supports 18-watt fast charging — so you won’t have to keep reaching for the 22.5-watt charger that it ships with.

The smartphone is also equipped with a Qualcomm Snapdragon 662 chip, a 6.53- FHD+ Dot Drop screen protected by Corning Gorilla Glass 3, an 8-megapixel selfie camera, a side-mounted fingerprint sensor, and Android 10 layered with MIUI 12. See its full specs below.

Again, European pricing is usually higher than in other regions, so the handset should be even more budget-friendly in other locations. Take note that in the Philippines, the cheapest 5G phone is the OnePlus Nord N10 5G, which is selling for P14,990 ($312).

So hopefully, Xiaomi is going to bring it here, too. After all, local telecommunication companies Globe Telecom and Smart Communications are aggressively rolling out 5G across the country. We’ve even tested the Samsung Galaxy A42 5G, which is the same mobile that Xiaomi compares its unit with.

The Redmi Note 9T 5G is powered by a MediaTek Dimensity 800U chip, a capable and power-efficient option that can handle most modern games at medium detail and one that is similar to the Dimensity 800 inside smartphones like the OPPO Reno 4 Z 5G, which we’ve also reviewed.

Other specs include a 6.53-inch punch-hole, 90Hz screen with Corning Gorilla Glass 5; a 48-megapixel triple rear camera; a 13-megapixel front-facing shooter; a side-mounted fingerprint reader; a 5,000mAh battery with support for 18 watts of quick charging; and Android 10-based MIUI 12. The Redmi Note 9T 5G likewise gets dual speakers, one of the first to have the feature in the series. For easier checking, see the phone’s complete specs below.