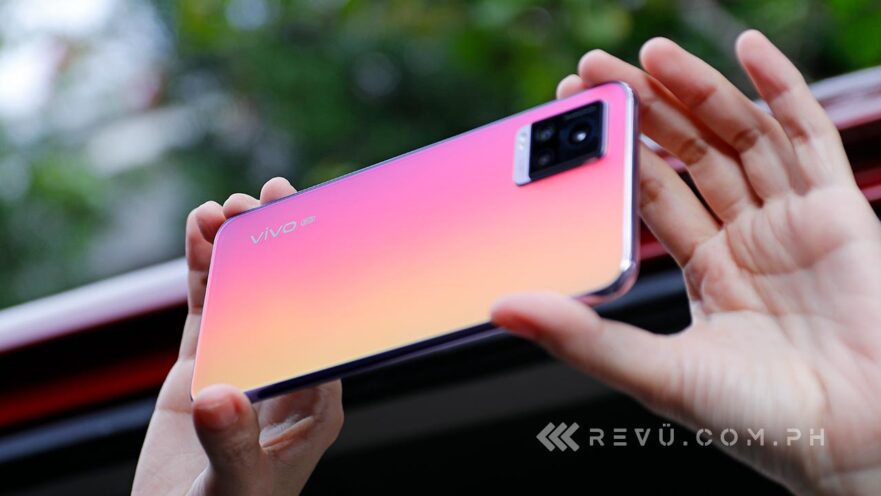 Back in August 2020, Vivo unveiled the Qualcomm Snapdragon 765G-based Vivo S7 in China with similar specs and hardware as the Vivo V20 Pro 5G that launched in global markets, including the Philippines. You may recall that the V20 Pro 5G arrived with a suggested retail price of P24,999 (around $520) here.

Now, reports have surfaced in China that the company will launch an updated version of the Vivo S7 soon, this time packing a MediaTek Dimensity 820 processor that can be found in the Xiaomi Redmi 10X 5G as well. The phone in question is rumored to be the Vivo S7t. Besides the shift from Qualcomm to MediaTek, the alleged specs of the handset remain unchanged.

That said, the Vivo S7t might come with a triple-camera system with a 64-megapixel main sensor alongside secondary cameras with 8- and 2-megapixel sensors. On top of that, the handset could very well include a 6.44-inch FHD+ AMOLED screen and dual cameras on the front with a 44-megapixel unit and an ultra-wide option carrying 8 megapixels. The battery backup might be 4,000mAh, and 33-watt fast charging is likely included, too.

The S7t will reportedly run Funtouch OS 10.5 based on Android 10 out of the box, which is surprising, considering the newly launched Vivo Y31 uses a Funtouch overlay built on top of the Android 11 operating system.

As for the choice of silicon, it’s anyone’s guess why Vivo decided against another Qualcomm chip. It may have something to do with the U.S. recently adding more Chinese companies, including Xiaomi, to its trade blacklist. Or perhaps, Vivo simply prefers the faster MediaTek Dimensity 820, which is currently the fastest midrange SoC around, according to Antutu’s monthly rankings comprising handsets released in China.

The Dimensity 820-based Redmi 10X 5G previously topped the latest Antutu list for midrangers, with a higher average score than devices powered by the Kirin 985, Snapdragon 765G, Snapdragon 750G, and Dimensity 800U.